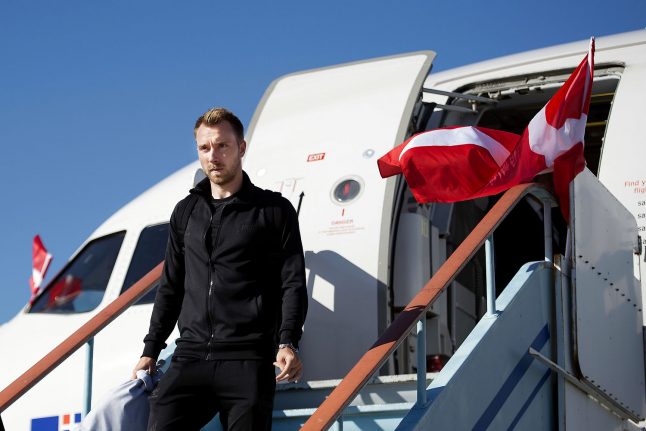 Nicknamed “King Christian”, Eriksen is one of the top players in the Premier League and has been voted Danish footballer of the year four times.

The Dane arrived at the World Cup on a hot streak of international form, with 12 goals in 13 games, the latest being a strike against Mexico in Denmark's final warm-up match.

His sensational hat-trick against Ireland in November secured his side's place in Russia.

“It's not quite true that Denmark is over-dependent on Eriksen,” the Norwegian coach told AFP. “We have a team that works for him but he also works for us. It's not a one-man show.”

“That is the best combination. Christian is a part of the team but he is also a star, a fantastic football player,” said Hareide before a training session in sunny Anapa near the Black Sea coast.

“He can observe space quicker than anybody else, that is his key value for the team.”

Hareide said Denmark were not alone in having a standout star.

“Look at Portugal with (Cristiano) Ronaldo or Argentina with (Lionel) Messi,” he said. “There are many teams with one outstanding player but that is important in a side. It can change the game for everyone.”

Eriksen, 26, who took time off from World Cup preparations earlier this month to attend the birth of his first child, is modest and discreet, even after stellar performances on the pitch.

He said if opponents consider Denmark a one-man team, that could play into their hands as it would mean less focus on other creative players who can create chances.

A picture posted on social media of a World Cup T-shirt on sale in Copenhagen jokingly claims that Denmark's sole tactic in Russia will be to keep giving the ball to Eriksen until he scores.

“I saw that T-shirt picture, it's funny, people have a good imagination, but hopefully there will be some other tactic,” he said.

Denmark, in Group C, open their World Cup against Peru in Saransk on June 16th before facing Australia and France.