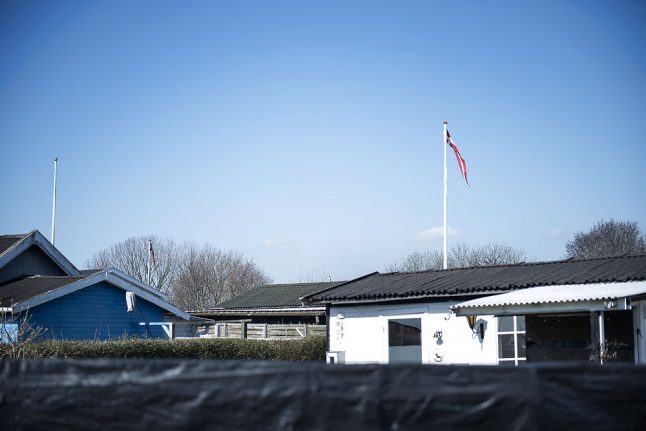 The proposal, which will be voted on at the association’s annual general meeting in August, was first reported by local newspaper Herning Folkeblad earlier this week.

Garden allotment associations (kolonihaveforeninger in Danish) are organisations that rent out small plots of land, typically near cities and with cabins that can be inhabited during the summer months.

Applications are usually submitted to the owners’ associations by people interested in renting an allotment on the land administered by the association.

One such association, Karolinelund in the town of Herning in Jutland, has proposed that its members “must understand written and spoken Danish,” according to reports.

The article was added to the agenda for the AGM at the request of a resident at the allotments, according to a report by TV2.

Karolinelund association chairperson Preben Midtgaard told TV2 the suggestion had been made as a result of communication problems with families who did not speak Danish, the media writes.

“It causes challenges explaining how things work if you don’t speak the language,” Midtgaard said.

“Communication is an important thing. We want to be able to talk to people,” the allotment administrator told TV2 and TV Midtvest, who met him at Karolinelund.

Midtgaard also said that, although he planned to vote against the proposal, he recognised the concerns that had been raised.

“It could relate to how to comply with the rules and also when mail is delivered from elsewhere,” he said.

Speaking to TV Midtvest, Midtgaard also said that he did not want “Danish only” to be spoken within the association should the proposal be approved.

“I can understand that it might sound racist and the wording does not convey what we intended,” he said.

According to TV Midtvest's report, the association in 2016 added before later removing an agenda minute proposing that the allotments “remain Danish” by passing a motion that “there may not be more than 25 percent of members with an ethnicity other than northern European, and that these must speak and understand Danish.”

TV Midtvest and Herning Folkeblad both spoke to people with allotments in the association who were critical of the new proposal.

Ole Hasselbalch, a professor in private and business law at Aarhus University, told TV Midtvest that the proposal was legal.

But another law expert suggested banning people from associations based on language could be in breach of an EU directive on discrimination.

“It is illegal to discriminate in this way. And when you have an allotment association, you must also comply with those rules,” Kirsten Ketscher, a professor in welfare and markets at the University of Copenhagen, told TV Midtvest.

“The law forbids discrimination based on ethnicity, race, religion and other things. It is here the association must have a rethink,” Ketscher added.

Maria Ventegodt, head of equality issues at the Danish Institute for Human Rights, called the issue a “legal grey zone”.

“Firstly, it is not certain this is discrimination based on ethnicity and race. Secondly, there must be a specific and individual assessment of whether it is reasonable to make these demands,” Ventegodt told TV2.