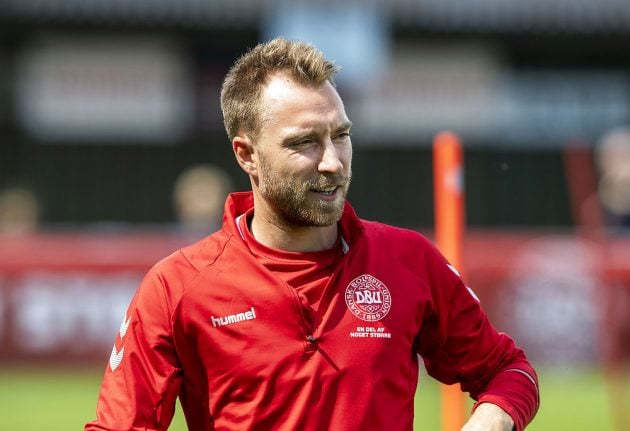 The 26-year-old is modest and discreet, even after stellar performances on the pitch.

“I'm still Christian from Middelfart and I'm not a world star,” he said in November after his sensational hat-trick against the Republic of Ireland secured Denmark's place at the World Cup — a feat considering they didn't even qualify for Euro 2016.

“That evening in Dublin … even most great footballers don't have nights like that,” former Danish player Jan Mølby told Tottenham's website in January.

Despite 21 goals in 75 games — including 11 in the past 12 — Eriksen is keeping things in perspective. He has said he will leave Russia to attend the birth of his first child if it has not been born before he leaves.

Eriksen made his professional debut with Ajax in 2010 before moving to Tottenham five years ago where he has thrived as the North London club finished in the Premier League’s top three in 2016, 2017 and 2018.

He's rated as one of the best players in the Premier League and has been named Denmark's footballer of the year four times.

In 2017, Frank de Boer, who coached Eriksen at Ajax, told Danish tabloid Ekstra Bladet that Eriksen was set to have “a fantastic career” and could end up playing with a top European club.

“He has everything a Barcelona player needs: an overall vision, good work ethic, and he kicks well with both feet,” de Boer said.

Should the playmaker hit top form in Russia, Denmark’s chances of progressing from a group containing France, Australia and Peru will be all the more promising.