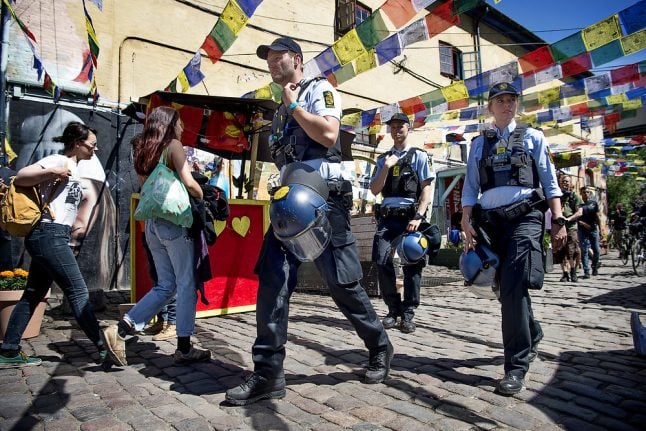 After five consecutive days of raids against the market in the area known as Pusher Street, stall owners are beginning to give up rebuilding their stands, according to police.

Since the end of last week, police have increased their efforts in a crackdown against the marijuana market.

“We can state that, where on Friday there were 33 fully functioning stalls built with timber and plywood, the stands are now much more primitive. They are made of milk crates, and there are hardly any of them,” said Deputy Chief Superintendent Lars Ole-Karlsen, who leads the special unit tasked with the raids.

The downgrading of the market is not necessarily a sign that the traders have given up in the face of the police crackdown, Ole-Karlsen added.

Some of the sellers were trading from cargo bikes on Tuesday, Ritzau reports.

“Our hope is that they are getting the message. Things like [bicycles] used for shady business will be confiscated,” Ole-Karlsen said.