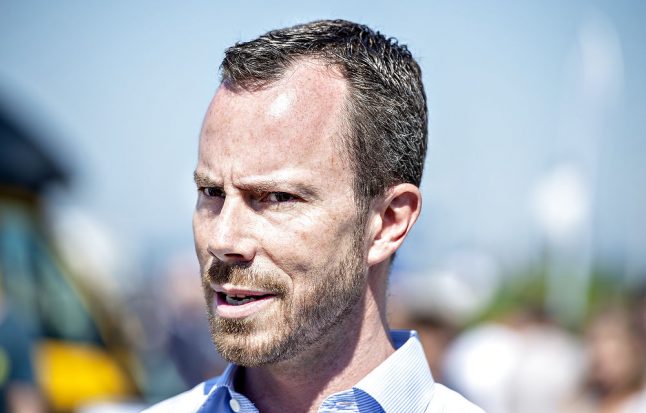 A pile of refuse was delivered to the home of Ellemann-Jessen as well as a second politician accompanied by a message from the extremist far right group, Ritzau reports.

“There is no place in democracy for expressing disagreement in this manner,” the minister said via email.

“Disagreement is okay, but must be expressed in a legal manner and in a way that respects that there are many members of parliament that have families who did not choose for their husband, father or mother to be in politics,” he continued.

“I would have preferred this to have been kept quiet, but those responsible have now brought attention to their actions,” the minister added.

The second politician to be targeted by the NRM’s rubbish-based action is reported to be Lasse P. N. Olsen, an Aalborg Municipality councillor with the Red-Green Alliance.

Olsen wrote on Facebook that the incident had been reported to police.

“I have reported it to the police, who seem to be taking it very seriously. The housing association has also informed me that they will report it,” he wrote.

NRM claimed on its website that the refuse dumps were part of a larger “operation”, in which litter has been collected from natural areas and dumped at municipal and other official buildings. The group said it left refuse “with the responsible politicians,” Ritzau reports.

On its website, the Danish Nordic Resistance Movement describes itself as a “revolutionary National Socialist militant organisation” and claims to have originated from “the Swedish neo-Nazi movement”.