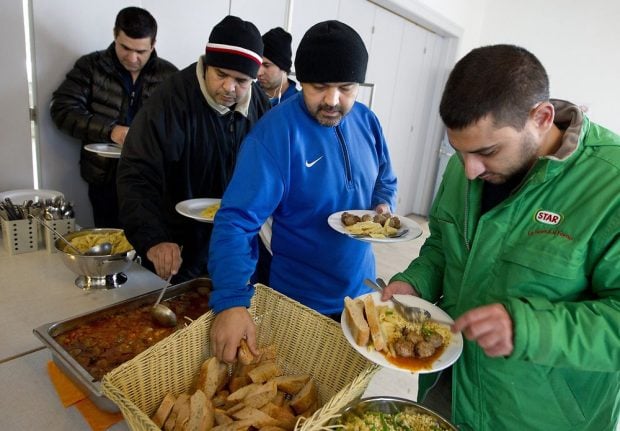 Denmark’s ‘prison-like’ asylum centres and failure to identify victims of torture, as well as possible detainment of children in unsuitable facilities, were among the concerns raised in the report.

The report, entitled ‘Immigration Detention in Denmark: Where Officials Celebrate the Deprivation of Liberty of “Rejected Asylum Seekers”’, was released last week by the Global Detention Project (GDP), a Geneva-based NGO that promotes the human rights of people who have been detained for reasons related to their non-citizen status.

During the past three years, Denmark has adopted just under 70 immigration-related amendments aimed at intensifying restrictions, dramatically cut back its asylum recognition rate, and called for detaining as many failed refugees as possible, GDP writes on its website.

“This is a gradual and permanent restriction where actually it’s not even necessary because (Denmark) is not under migration pressure. In Sweden, the factual context in terms of people arriving and seeking protection is completely different,” Izabella Majcher, one of the researchers and authors of the report, told The Local.

Majcher noted that a similar analysis of conditions in Denmark’s neighbouring country Sweden, set for release by GDP in June, had produced contrasting results.

“I would say that much [of the restrictions put in place by Denmark] are for nothing. So then you have to ask whether the politicians adopt these kind of regulations and new amendments to respond to the specific needs of the population with regard to something like national security, or whether it’s a kind of rhetoric,” the researcher added.

The country’s rate of acceptance of asylum applications has plunged from 85 percent in 2015 to 36 percent in 2017, according to the report.

Minister for immigration Inger Støjberg’s hardline stance on asylum is also noted as a particular concern in the report.

Støjberg has advocated for the detainment of as many rejected asylum seekers as possible, “stretching” to the limit the country’s international obligations, GDP writes.

Meanwhile, there is little access to comprehensive statistics concerning detention in Denmark and the country does not provide data on the annual total number of immigration detainees.

The report also highlights Denmark's previous practice of detaining children in unsuitable facilities, including at Ellebæk and Aabenraa.

“Under (Denmark’s) Aliens Act [udlændingeloven in Danish, ed.] it is actually possible to detain children. They don’t say specifically (that you must not), but they don’t prohibit it either.

“In the case of Denmark, the only provision that is explicitly about children is that they can’t be detained in prison. So by implication they can be detained in dedicated facilities. So it’s a complicated situation,” Majcher said. She noted, however, that sources in Denmark state that children are no longer detained in these facilities.

After a 2014 visit to the immigration centre at Ellebæk, the European Committee for the Prevention of Torture said that facility was not a suitable location for holding children.

The committee therefore recommended that the country put an end to the detention of children at Ellebæk altogether, according to GDP’s report.

Denmark’s time limit on immigration detention is also criticised. Danish law provides for an initial period of detention of no more than six months, which can be extended by another 12 months if deportation arrangements take longer, either because the detainee refuses to cooperate in the return process or there are delays in obtaining necessary travel documents.

In 2015, the UN Committee against Torture stated that the 18-month detention limit for asylum seekers was “excessive.”

According to government sources, the average time a person spent at the Ellebaek facility in 2016 was 29 days, GDP writes.

Facilites such as Ellebæk and Aabenraa prison are used to detain asylum applicants, while others, including the controversial ‘expulsion centres’ at Kærshovedgård and Sjælsmark accommodate those whose applications have been rejected but have not yet left Danish territory, for example due to being stateless or because no readmission arrangement exists between Denmark and their home country.