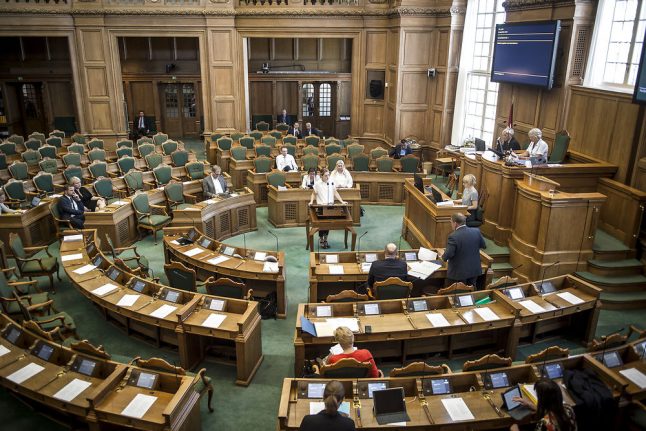 One element of the proposal, which would see “unemployment insurance payouts in principle serve to hinder the granting of Danish citizenship,” has been a particular cause of disagreement, newspaper Politiken reports according to sources.

The proposed curbs would encompass the unemployment insurance, dagpenge in Danish, for which membership is obtained by paying a monthly fee to a provider known in Denmark as an a-kasse.

MP Martin Geertsen told the newspaper that the party will seek to remove “thorns” from the proposal.

“And when you insure yourself against unemployment, which is what we are asking people to do, that effectively means you are saying ‘yes’ to Denmark. So I think the part about [that] which is contained in the proposed curbs is a concern,” he said.

“There are some thorny issues that are worse than others, particularly the issue of maternity or paternity leave. Namely the aspect that you can take maternity leave or paternity leave and be insured for that, but then are punished by seeing citizenship potentially be delayed due to the insurance payout,” he continued.

A number of Liberal MPs are reported by Politiken to have raised the issue at a recent meeting between the party’s lawmakers.

Jan E. Jørgensen, spokesperson for citizenship issues with the Liberal party, said his party was not the one pushing for unemployment insurance to be taken into account by the citizenship overhaul.

“It is no secret that it was important for the [libertarian, ed.] Liberal Alliance party to bring unemployment insurance into the equation,” Jørgensen told Politiken, but declined to state his own position on the maternity and paternity leave aspect.

A second element of the proposal is also reported to have caused disunity in Liberal ranks: the provision to permanently exclude an applicant from being granted Danish citizenship if they have committed “violence against children”.

The wording of that part of the proposal would mean a fight between two teenagers – for example a 17-year-old and an 18-year-old – could lead to citizenship exclusion for the 18-year-old, who would be legally defined as an adult.

Current rules on citizenship application already require applicants not to have received state welfare support (kontanthjælp in Danish) as part of requirements for ‘self-sufficiency’.

The proposed curbs would extend those requirements to also encompass the unemployment insurance, for which membership is obtained by paying a monthly fee to an a-kasse.

Currently, all a-kasse members become eligible for unemployment benefits after having paid the membership fee continuously for one year.

That rule itself could be changed to implement stricter requirements for foreigners, should a tax plan currently under parliamentary procedure be passed as expected.