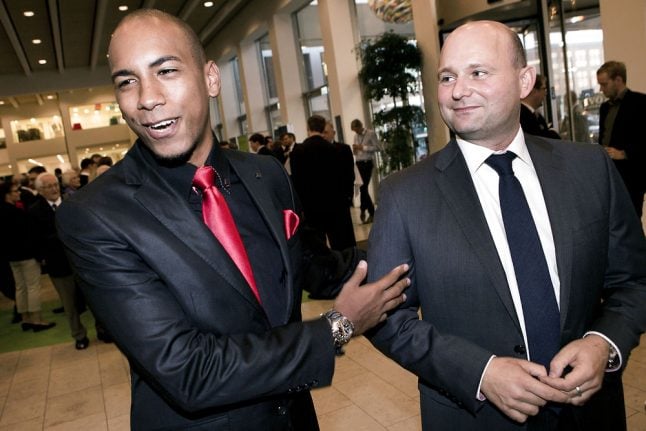 Josue Medina Vazquez and Justice Minister Søren Pape Poulsen. Photo: Linda Kastrup/Ritzau Scanpix
Josue Medina Vazquez, who became engaged to Poulsen last year, was punched in the face at a bar in the Danish capital at around 3.30 am on Thursday, local media reported.
The attacker said “I do not like homosexuals” before hitting Vazquez, according to reports.
Police said a 34-year-old man of Slovenian nationality had been arrested on charges of “hate crime and violence”.
“We will now try to process this incident as well as possible,” Poulsen, of the Conservative People's Party, said on his Facebook page.
SEE ALSO: Conservative leader: I'm gay, so what?