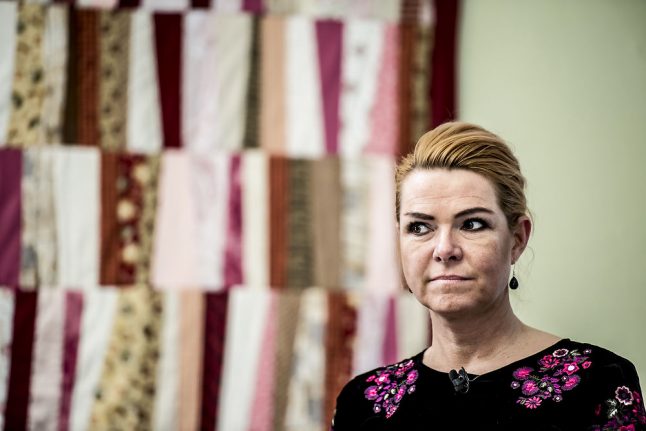 According to research carried out by newspaper Politiken, 70 percent of new Danish citizenships in 2014 were to people from primarily Muslim countries. That figure has fallen drastically to 21 percent this year.

In the same period, Denmark has begun to allow double citizenship, increasingly the likelihood of nationalisation applications from Western countries.

Støjberg said the figures show that the curbs, which her ministry was responsible for implementing, have had the desired effect.

“There is no doubt that this is because the demands have been increased. For example, the language requirement, being able to provide for oneself, staying away from criminality and passing certain tests,” she said.

“In my view there is no doubt at all that it is much easier to integrate a Christian American than a Muslim Somali,” Støjberg said.

The citizenship rules introduced in 2015 by the then-Liberal government with the support of Denmark’s other right wing parties included more stringent language demands, financial autonomy, a higher score in the citizenship test and stricter rules relating to criminal records.

“It is clear that if you come from other parts of the world, you have to exert yourself somewhat harder to, for example, learn the language,” Støjberg said.

She added she would begin talks over potential further curbs in the coming week.

“I have tightened up [on citizenship] once, and a new set of curbs is now on its way. People that have committed gang crime must not be allowed citizenship,” she said.

“The aim of tough rules is to make Danish citizenship something to strive for,” she added.