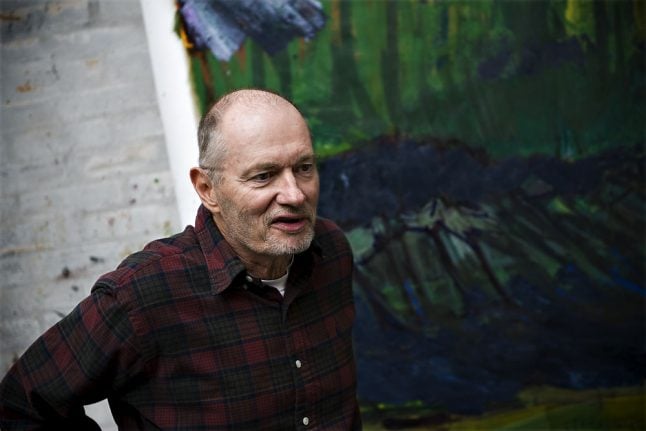 Widely known as a sculptor, filmmaker and an author whose work focused on landscapes, light and colour, Kirkeby died on Wednesday in the city of his birth Copenhagen, the London-based Michael Werner Gallery announced in a statement.

“Over his career of five decades he developed a personal palette and vocabulary of images derived primarily from observations of the natural world,” it said.

Kirkeby took part in several expeditions to the Arctic and Greenland as a natural history and geology student in the 1950s, and the trips inspired his colourful painting style, which he often described as the ongoing “process of sedimentation”.

Described as the “king of Danish painting” by the Danish media, Kirkeby's death comes after he fell down a staircase and suffered a brain injury in 2013, announcing an end to his work two years later, according to news agency Ritzau.

Kirkeby began experimenting with performance and architecture in the 1960s, with an emphasis on bricks. In 1973, he launched his first outdoor brick sculpture inspired by Mayan architecture.

He was also the mastermind behind the video chapters of Danish director Lars von Trier's 1996 melodrama “Breaking the Waves”.

Recognised for his costume and stage design for the New York City Ballet's “Swan Lake” (1999) and “Romeo and Juliet” (2007) productions, Kirkeby is survived by his wife Mari Anne Duus and their four children.