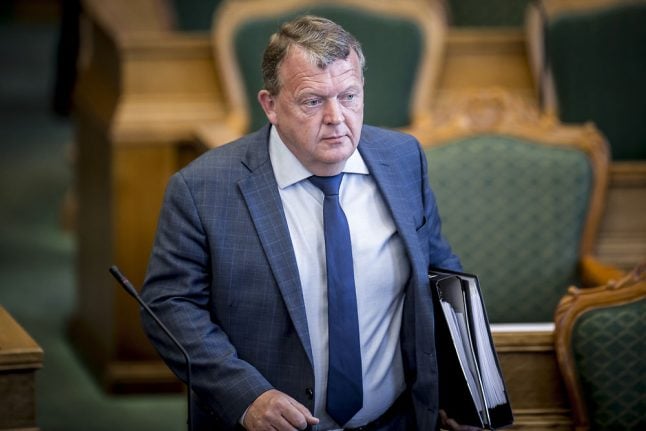 A rule previously imposed by the Danish government, preventing refugees given so-called ‘temporary’ asylum in Denmark from applying for family reunification for three years, means Denmark is ahead of its neighbour in keeping down numbers of refugee families in the country, the PM said.

In a painstakingly-negotiated coalition deal, Germany’s governing parties have agreed that no more than 1,000 people per month can enter the country under family reunification, with only immediate relatives eligible.

But Denmark is not in a position of having to limit numbers, Rasmussen said in parliament during a Prime Minister's question time exchange with Kristian Thulesen Dahl, leader of the anti-immigration Danish People’s Party (DF).

“The Germans are in a tricky place now. Because they didn’t get [the situation] under control in time. We have,” Rasmussen said.

“I am pleased we are not in the same situation as Germany,” he added.

The PM said he will take a closer look at the German proposal over the issue once it has been finalised and would discuss its potential consequences with DF.

“I am interested in seeing the German legal argument,” Rasmussen said.

Dahl has said that Denmark should follow Germany’s example and implement a limit, should Berlin pass the proposal.

But legal precedence in Denmark would make that step difficult in the Scandinavian country, according to Rasmussen.

The number of refugees taken in by Denmark constitutes a tiny fraction of those offered protection by Germany.

Denmark has taken in 31,000 refugees over three years, while the equivalent figure in Germany is 1.4 million, Rasmussen said.

“That is because we have this under control. Because we, along with the Danish People’s Party, have tightened things up,” he said.

“We have such good control over refugee arrivals that we do not expect more than 1,500 to maximum 3,000 family reunifications over the next three years. That is a good match for the level we would have if Denmark had a ‘German’ limit.

“So why explore the limits of conventions and supreme court decisions when this is unnecessary?”, he added.