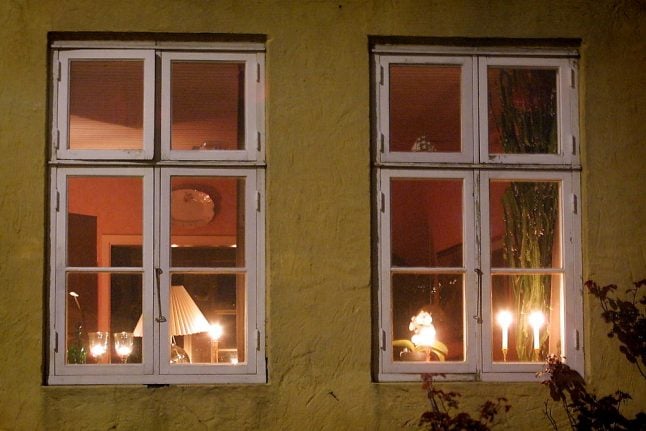 Danes welcome British troops at Rådhuspladsen, Copenhagen at the end of the Second World War. Photo: Ulf Nilsen/Ritzau Scanpix
Over seven decades later, Danes continue that tradition by lighting candles in their windows every May 4th as a reminder of the five years when Danish cities spent their nights in total darkness.
When Germany launched an invasion into Denmark and Norway on April 9th, 1940, the official Danish resistance lasted just two hours before King Christian X surrendered.
Immediately after the invasion, Denmark was able to keep its government and monarchy in place with a mix of democracy and totalitarianism until Germany dissolved the government in 1943 following strikes and upheaval.
Although some 6,000 Danes are estimated to have joined the corps of Danish Nazis known as Free Corps Denmark during the war, the Danish resistance movement is estimated to have included well over 20,000 Danes who worked to actively undermine the German occupation.
Some 3,000 Danes died as a direct result, with another estimated 4,000 Danish volunteers killed while fighting alongside the Germans and 1,072 sailors gave their lives for the Allies.
Danish fishermen also put themselves at great risk by ferrying Denmark’s Jews to safety in Sweden. Scandinavian concentration camp prisoners were rescued in so-called White Buses. Shown here are interned police officers. Photo: Poul Petersen/Scanpix
Denmark publicly apologized for collaboration with the Nazis for the first time in 2003. Prime Minister Anders Fogh Rasmussen called the co-operation “morally unjustifiable” in a speech for the 60th anniversary of the end of the 1940 to 1943 collaborationist government.
Although the May 5th, 1945 liberation brought joy across Denmark, the day was also marked with Danish citizens publicly humiliating women who had known relationships with German soldiers. People are arrested in Copenhagen shortly after Denmark's liberation in 1945. Photo: A. E. Andersen/Ritzau Scanpix
The first Allied forces arrived in Denmark on the afternoon of May 5th, greeted by throngs of people celebrating in Copenhagen. When Field Marshal Bernard Montgomery came to the capital a week later, Danes honoured him with a victory parade throughout the city. Field Marshal Bernard Montgomery was given a hero's welcome as he drove through Copenhagen a week after the liberation. Photo: Public domain
While Danes were celebrating in the days following liberation, those living on the island of Bornholm were being bombarded by Soviet forces. According to historian Børge Kure, news of the destruction of hundreds of homes in Rønne and Nexø was not allowed to reach the rest of Denmark lest it ruin the liberation celebrations.
After two days of bombardment, Soviet troops came on land on May 9th, leading to a German surrender of the island. The Soviets would remain on Bornholm until April 5th, 1946.
A previous version of this article was originally published on May 4th, 2015.
READ ALSO: Denmark celebrates 70 years of freedom