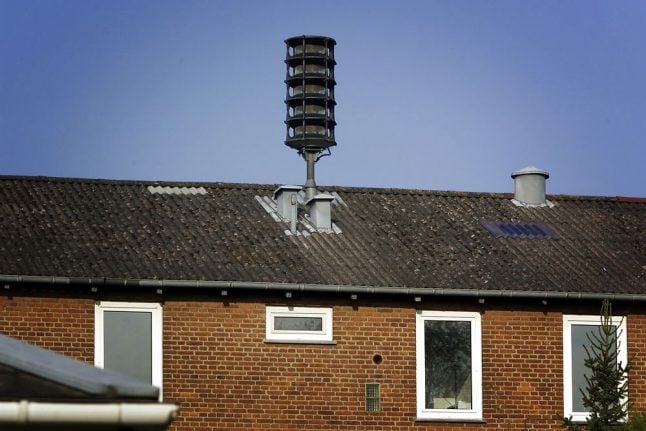 But there’s no reason to be alarmed when warning signs fill the air for a short time in the early afternoon – it’s just a drill.

The siren system, with a total of 1,078 sirens enabling them to be heard by about 80 percent of the Danish population, is tested annually by the Danish Emergency Management Agency (DEMA), part of the Ministry of Defence.

The sirens are fixed to buildings or poles in cities and urban areas with populations of over 1,000, according to the agency. In less populated areas, mobile sirens can be used.

Since 1994, the sirens have been tested annually, on the first Wednesday of May at noon. The test lasts about ten minutes and then everyone carries on with their daily business, quickly forgetting the unusual sound.

? It’s just a test! Today at noon the siren warning system will be tested across Denmark. We do this once a year to make sure the system performs at 100%. More info in 8 languages here: https://t.co/XmY6CRx3SG pic.twitter.com/mUvzOcUvXb

This does, however, leave a question. What if the sirens go off at any other time than noon on the first Wednesday in May?

In emergency situations, the sirens can be used to warn the public in case of major incidents that require people to go indoors to avoid being affected.

In the event of a major accident or a disaster, the police may decide to use the sirens. At the same, time an emergency message from police or other authorities will be broadcasted by national TV stations DR and TV2, DEMA explains via a fact sheet available through its website.

Emergencies in which the sirens might be used can include the presence of chemical gases, radiation or hazardous smoke, the agency says.

The sirens are able to warn the entire population, but can also be used regionally or locally to warn specific areas.

Two distinct sounds are given by the sirens.

Signal 1’s tone rises quickly and falls again slowly, lasting for 45 seconds. If you hear the signal, you should go indoors and listen to the radio or watch DR or TV2 for further information. It is also important to make sure others know how to react, DEMA says.

Signal 2, a long tone lasting 45 seconds, means ‘danger is over’. It is now safe to go back outside and “return to your daily chores”, according to DEMA’s fact sheet.

READ ALSO: Reminder: No need to freak out, Denmark