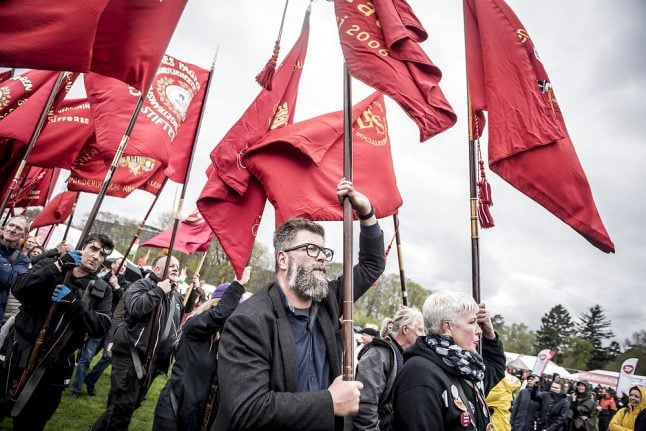 The day is not a public holiday like in other countries including Sweden, France and Germany, but many Danes treat it with just as much importance as their neighbours do.

Here's the background to International Worker's Day in Denmark, and how it is marked.

Labour Day in Denmark is characterised by fiery speeches, red banners, worker’s songs and no shortage of beer and coffee.

The international tradition took hold in the Scandinavian nation in 1890, not long after workers around the world chose the first day of May to campaign for and celebrate the introduction of the eight-hour working day.

At this time, Denmark’s union movement attended large congresses in France to celebrate the centenary of the French Revolution, and the Danish worker’s day movement was born.

International Workers' Day was celebrated for the first time in 1890 in Copenhagen’s Fælledparken, which remains the quintessential location for speeches by both union leaders and politicians to this day. It wouldn’t be May 1st without speeches, and the very first was held by Jens Jensen, chairman of Copenhagen’s unions at the end of the 19th century. The demand for an eight-hour working day continued as the main theme of Labour Day well into the 20th century, according to Fagbladet 3F.

Later, politicians, particularly on the “red” side of the Danish political spectrum, began to use the occasion to appeal to workers. In 2013, for example, former prime minister Helle Thorning-Schmidt was whistled and booed by a restive crowd in Aarhus amid criticism of what at the time was perceived to be the increasingly liberal policies of her Social Democrat-led government.

This year, Pernille Skipper, lead spokesperson with the Red-Green Alliance, the Socialist People's Party's Pia Olsen Dyhr and Mette Frederiksen of the Social Democrats had already given morning speeches as May 1st got underway, reflecting the typically busy Labour Day programmes of left-wing leaders. Pernille Skipper of the Red Green Alliance speaking at union 3F Kastrup on the morning of May 1st, 2019. Photo: Martin Sylvest / Ritzau Scanpix

Politics aside, the main aim of the union leader speeches is to promote solidarity in workers’ movements and campaign for better working conditions – new and surprising announcements are uncommon.

Singing in chorus, an activity that Danes do not need much encouragement to partake in, is closely connected to Labour Day. While anthems in Fælledparken no longer take place, local unions do still have them.

Old socialist songs like The International and Danish favourites such as Sådan er Kapitalismen or Når jeg ser et rødt flag smælde ('When I See a Red Flag') are not an uncommon sight on social media on May 1st. Workers in towns and cities all over the country are able to attend local Labour Day rallies, usually organised by labour unions.

Denmark’s Labour Day celebrations do not have the confrontational reputation of those in other countries' large cities, notably Berlin, although there is generally some police presence particularly at larger events such as those at Fælledparken in Copenhagen or Tangkrogen in Aarhus.

The occasion is also seen as an opportunity to enjoy a day off – many take to parks with picnics, cans of beer and a thermos full of coffee.

Labour Day remains an unashamedly left-wing event – so much so that newspaper MetroXpress in 2017 published a spoof story about the leader of the right-wing Danish People's Party giving a speech on May 1st. MetroXpress once featured a spoof story about a right-wing speech on May 1st. Photo: Liselotte Sabroe/Scanpix

Denmark's traditions of social solidarity and strong labour unions have helped International Worker’s Day prevail as an event that is still going strong in modern, globalised times. Even if not everyone gets the day off. 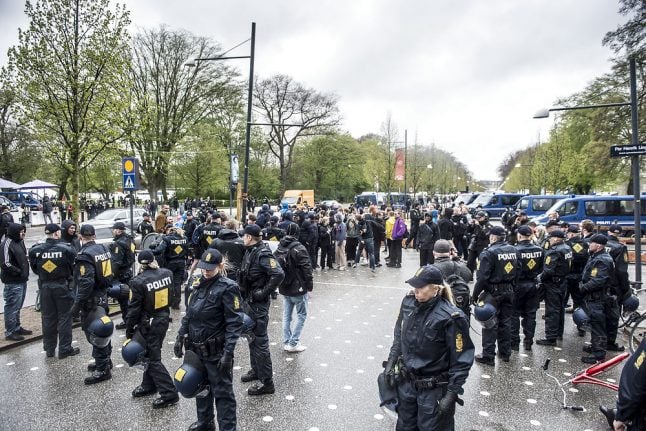