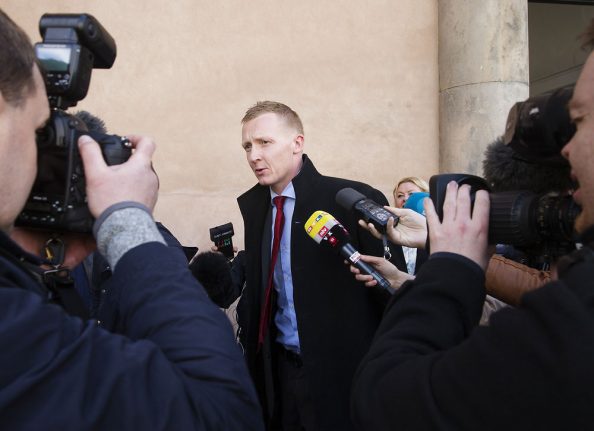 The verdict is expected at 1pm on Wednesday in the case, which stunned the nation with a submarine as the crime scene and a well-known eccentric figure in Denmark in the dock for the murder of a 30-year-old freelance journalist who wanted to interview him for a story.

Madsen, 47, is accused of premeditated murder, aggravated sexual assault and desecrating a corpse. He has admitted dismembering her body and tossing the parts into the sea — all of which were recovered — but denies killing Wall.

Madsen is a “perverse polymorph” with “psychopathic traits” who has a “high risk” of repeating offences, according to psychiatrists.

He “tried to create the perfect crime,” the prosecutor said in his closing remarks, referring to a text message Madsen had sent his girlfriend shortly before.

“There cannot be any doubt about guilt in this case,” Buch-Jepsen said as he called for life imprisonment which in Denmark averages 16 years.

Rejecting defence arguments of a lack of physical evidence against Madsen, the prosecutor urged the court members — a professional judge and two jurors — to use “common sense” and find him guilty.

The accused has provided three conflicting explanations to what happened since Wall disappeared on August 10th last year and his arrest the following day.

Madsen initially claimed he had dropped Wall off on dry land in Copenhagen on the night of August 10th, but he later changed his story, claiming that a heavy hatch door had fallen on her head and killed her.

When an autopsy report later revealed no blunt trauma to Wall's skull, he said she died from toxic fumes that filled the vessel after a sudden drop in pressure while he was up on deck.

The prosecution relied on the autopsy, technical findings on the submarine, and explicit content on Madsen's computer to back up its claim that he murdered Wall as part of a sexual fantasy.

The defence denounced the prosecution's flaws in proving Madsen's motive and the absolute cause of death.

“The prosecution presented a very interesting story. Some would even say a horror story without facts,” Engmark said and called on the court to acquit her client on charges of murder and sexual assault.

“I'm really, really sorry for what happened,” Madsen, given the opportunity to speak for himself for the final time, told the court.

READ ALSO: Verdict due in trial of Danish inventor accused of journalist's murder