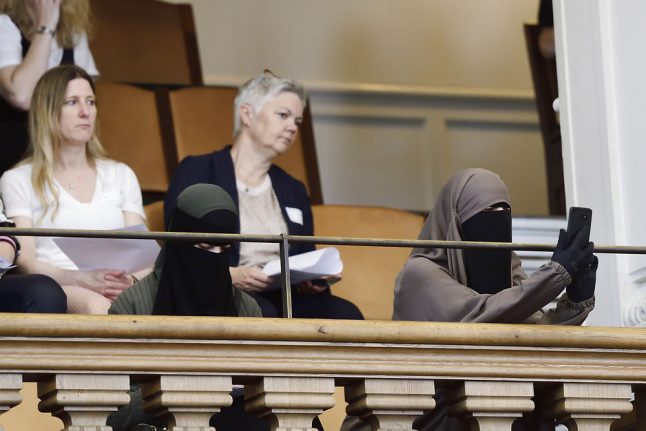 Minister of Justice Søren Pape Poulsen, who was scheduled to present the proposal in parliament for a first round of voting on Thursday, said that a passing of the proposal into law would not result in police forcibly removing women’s burqas.

Women wearing the burqa in public would be fined or asked to go home, the minister told newspaper Politiken.

“If they live nearby, they will be asked to go home,” Poulsen said.

A further option would be for women to be accompanied to a police station, where they would be collected by a family member, he added.

“I do not want police officers pulling items of clothing off people – burqas or otherwise. That is not going to happen,” he said, adding that police would “not be given such instructions”.

But exact orders for how the new law would be enforced remain unconfirmed at the current time.

Several other potential issues have also been raised regarding the future implementation of the law.

Legal experts have noted a lack of clarity in the proposed law change, including how private and public spaces are to be defined, and how places like asylum centres and prisons will fit into such definitions, Politiken writes.

Poulsen meanwhile said that he would consider extending the proposed ban on veils to apply to Denmark’s asylum centres.

“It depends who is running the asylum centre. I mean, it is likely that if the Red Cross is in charge, you can conceive of a dialogue as to whether the person in question can wear [a veil], because it’s not a public place as such. But it will naturally be the state providing guidelines,” he said.

The minister also said that the burqa and niqab would be banned in prisons.

According to the proposal, a person who breaks the veil law can be issued with a 1,000 kroner (134 euros) fine, which can be increased to 10,000 kroner for repeat offences. Non-payment of fines could result in a prison sentence as a final consequence.

Kim Østerbye, chairperson with the Danish Union of Prison Officers (Fængselsforbundet), was sceptical about the task of enforcing the ban in prisons.

“We will do as we’re told, but I think this is deeply problematic,” Østerbye told Politiken.

“We would have to force people not to wear something they, for religious reasons, feel they have a calling to wear. That can create challenges, particularly for male staff. We are risking some of the women [inmates] completely isolating themselves because they don’t want to show themselves outside of their cells, and that makes it difficult to do anything to help someone who’s in prison – if they can’t even leave their cell,” he said.

Police and courts would be responsible for assessing whether an item of clothing is in breach of the proposed law. Balaclavas that only show the eyes, as well as the burqa and niqab, are potential offending garments.

Winter clothing worn in cold weather would not normally be affected by the law, given its “recognisable purpose”.

The proposal is expected to be passed, despite internal division in the governing Liberal and Liberal Alliance parties over the issue. The opposition Social Democrats have announced their support for the ban, thereby securing a majority.

The Danish People’s Party, along with Poulsen’s Conservatives, are also in favour.