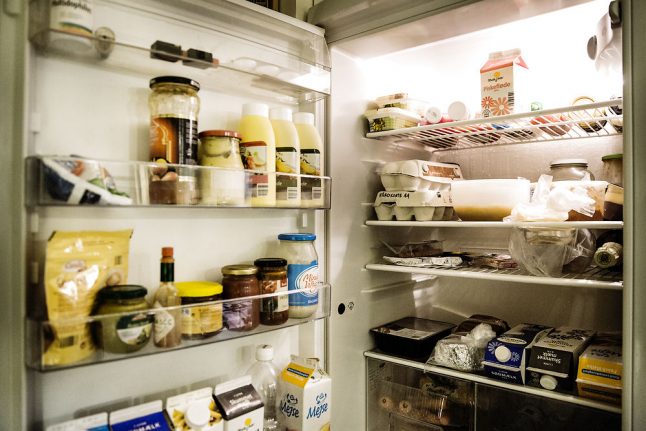 Total food waste reduction by Danish households amounts to 14,000 tonnes between 2011 and 2017, the agency, part of the Ministry of Environment and Food, wrote on its website.

And when it comes to people living in apartments in Denmark, the report shows that they have reduced their food waste by an average of 24 percent per person over the past six years. However, there was no decline in food waste among those living in detached houses.

Apartment dwellers currently throw out one and a half kilograms of edible food per household per week, according to the figures, while the equivalent wastage for detached houses is two kilograms.

Meanwhile, a report from the Danish Veterinary and Food Administration, which also forms part of the environment ministry, has shown a positive focus on the issue of food waste in Danish households: a total of 85 percent of people in Denmark are reported to have become aware of the problem during the past year.

In addition, the report points out that motivation to reduce food waste is linked to how much money the households can save.

Two thirds of people said that the incentive of saving money would encourage them to reduce food waste, according to a survey carried out by the agency.

A further 54 percent said they considered food waste a problem for the environment.

“We’ve been campaigning to reduce Danish people’s food waste for the last ten years, and (the announced figures) show that we are on the right track — especially today, in a time of economic upswing,” the organization’s founder Selina Juul said in a press statement.

“We still have a lot of work ahead of us, especially focusing on detached households, but overall the new numbers show that we are moving in a good direction,” Juul added.

Minister for Food and the Environment Esben Lunde Larsen also said that the figures were cause for optimism.

The minister said that he hopes both the retail sector and Stop Wasting Food will help the latter type of household to reduce waste.

“That is where we must increase our efforts, both with better information and through retailers improving the size of products they sell, and how, for example, things like irregular cabbages or small apples are presented,” he continued.

The Ministry of Environment and Food figures were collected by weighing food thrown out by 1,600 families across Denmark and in different types of housing.

Detailed recording of the waste showed vegetables are the most common form of food waste, followed by bread, conservable foods and meat, Ritzau writes.