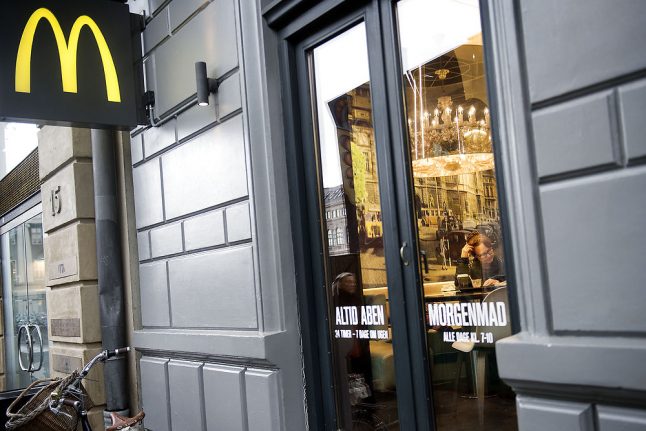 There are currently 88 McDonald’s outlets in Denmark, with approximately 170,000 customers daily.

“We receive positive feedback from our guests, so it is a great pleasure to be able to open 20 new restaurants.

“We are seeing general growth in Denmark, and are proud to play our part in creating 1,000 new jobs in both cities and provincial towns,” McDonald’s Denmark CEO Joachim Knudsen wrote in a press statement.

The expansion comes a year after venture capitalist Hands bought the rights to operate McDonald’s in Scandinavia, where the fast food chain has over 400 restaurants in total.

Holding companies owned by the 58-year-old Brit’s Food Folk company own the rights to operate the Danish McDonald’s branches.

New franchises will form part of the model for the new restaurants, McDonald’s confirmed.

One of the world’s most recognisable brands, McDonald’s has in recent years seen changes in the structure of its parent company in the United States, with focus increasingly switched to the franchise model.

READ ALSO: How to eat on the cheap in Copenhagen