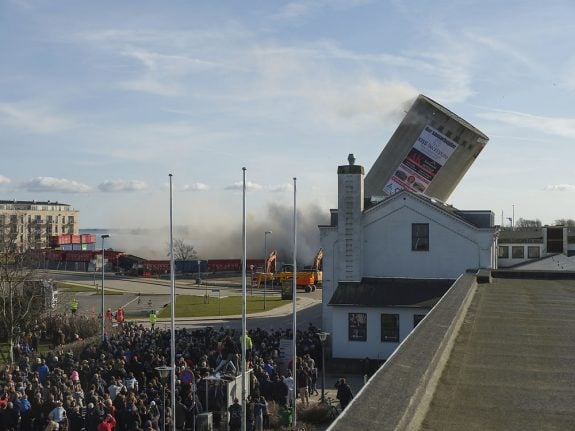 Nobody was injured during the incident, which was captured on film by a number of bystanders.

Onlookers can be heard shouting “no, no, no!” in the background as the silo begins to topple in the wrong direction after the initial controlled explosion.

Skip to around 1:50 in the below video to see the silo fall.

A corner of the Kulturarkaden centre in Vordingborg was destroyed by the falling building, Ritzau reports.

“This kind of thing should not happen, but I am first and foremost happy that nobody was injured,” the town’s mayor Mikael Smed said.

Smed was among those standing nearby to view the demolition.

“Fortunately, Kulturarkaden was within the area sealed off for safety purposes, so there was nobody in the building,” he told the news agency.

The mayor was on Friday unable to say when the damaged building would reopen.

“It looks like some offices in the corner of the building have suffered.

“It will be necessary to remove dust, glass and so on, and assessment of structural damage suffered by the building must also be made,” he said.

Costs of any necessary repairs to the centre will be covered by the demolition company’s insurance, according to Ritzau’s report.

The silo’s destruction will make space for a development project to include a hotel, housing, café and conference facilities in the harbour area.

An investigation is underway into what caused the demolition to go wrong. 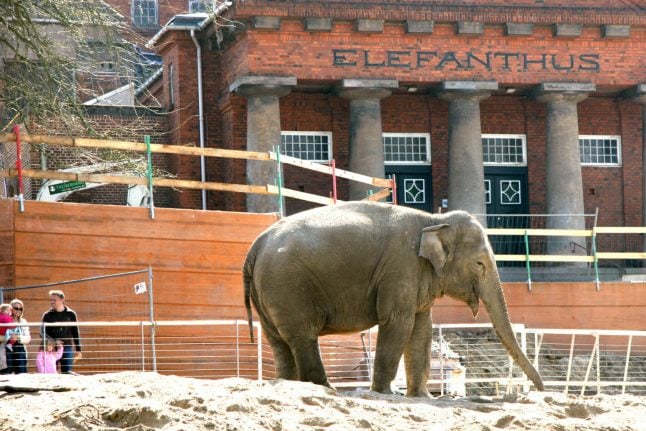