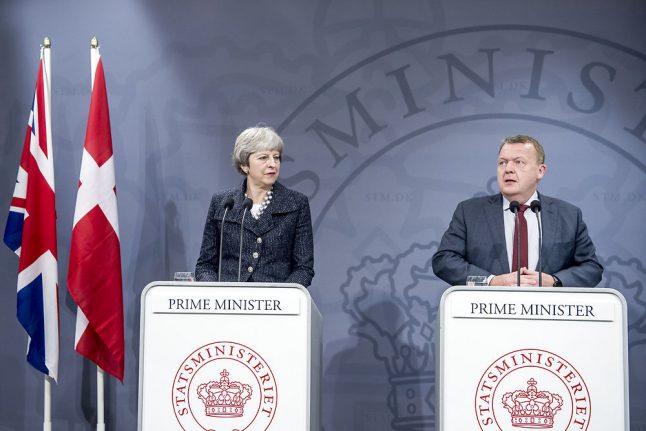 “It is important that we show a united front and hold the culprits to account,” Rasmussen said after meeting British prime minister Theresa May in Copenhagen on Monday.

Russia is accused by the United Kingdom of being responsible for an attack on former double agent Sergei Skripal and his daughter using the Novichok nerve agent.

The attack occurred in the town of Salisbury in southwest England on March 4th. Downing Street has said that there is “no plausible explanation other than that the Russian state” was responsible. Russia denies being behind the incident.

“There's no plausible explanation other than Russia was responsible,” May said during a press conference following her meeting with Rasmussen, citing analyses carried out at British military laboratory Porton Down.

“Porton Down is a world-renowned laboratory and has identified [the agent used to poison Skripal] as a military nerve agent from the Novichok family, which was developed by Russia,” she said.

The British PM also said that Syrian President Bashar al-Assad and his backers “must be held to account” if a suspected poison gas attack on the rebel-held town of Douma is confirmed.

“If confirmed this is yet another example of the Assad regime's brutality and brazen disregard for its own people and for its legal obligation not to use these weapons,” May told reporters in Copenhagen.

“If they're found to be responsible, the regime and its backers, including Russia, must be held to account.”