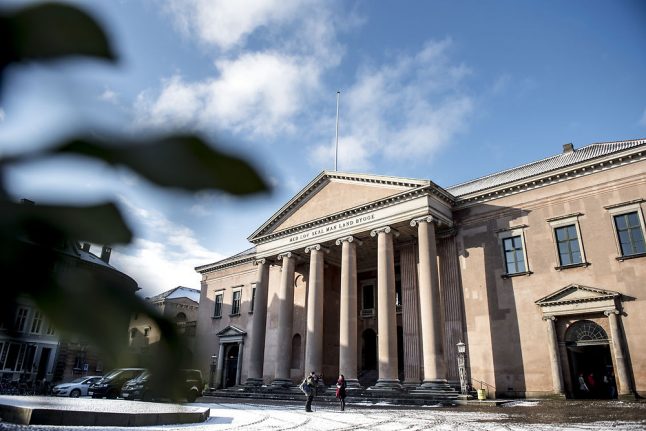 Denmark’s state prosecution has charged Madsen with planning the murder of 30-year-old journalist Wall and killing and mutilating her aboard his home-made submarine, the UC3 Nautilus, on August 10th last year.

The amateur engineer and entrepreneur has admitted to cutting up Wall's body but denies murdering her aboard the vessel.

Here are some of the key points to have emerged during the first half of the trial.

On Wednesday, Madsen told the court that he sent a text message to his wife from his submarine. The message read, “…on an adventure with Nautilus. Feel good. Sailing in the harbour in moonlight. Not diving. Hugs and kisses to the cats”.

According to the 47-year-old, the text, sent at 11:25pm, was intended as a form of farewell note to his wife. He has said that he planned to commit suicide after disposing of Wall’s body before changing his mind because he wanted to see his wife again.

Asked by prosecuting lawyer Jacob Buch-Jepsen why he was able to send a text to his wife but not call for help, Madsen referred to his previous claims that he was severely emotionally distressed by Wall’s death.

“You must understand my situation at the time,” he said to the prosecution lawyer according to reports from within the court.

Madsen has said that Wall died when the submarine's air pressure suddenly dropped and toxic fumes filled the vessel. He gave detailed technical explanations for this in court on Wednesday.

The submarine owner’s wife has since divorced him, it emerged in court. Madsen said she had asked for the split for “economic reasons”.

The prosecution on Tuesday showed the judges and reserve judges a number of videos found on the hard drive of Madsen’s computer as well as the recreated profile of his mobile phone, which was not found after Madsen intentionally sank the submarine on August 11th.

These videos, which include an apparently genuine video of a woman being beheaded as well as a number of animations, including of women being impaled, are part of the prosecution’s case. The prosecution aims to present Madsen as a sexual sadist who murdered Kim Wall as part of a sexual fantasy.

Madsen denies being sexually aroused by the videos, saying he watched them because he has a fascination for all things and that he “always took the side of the weaker part”.

The lead judge eventually asked the prosecution not to show any more of the videos, saying they had not been sufficiently sorted and as a result showed similar things. Several journalists present commented specifically on their brutal nature, despite only being able to hear the sound from the films.

Some of the videos were searched for and watched by Madsen in July and August last year in the weeks leading up to the trip with Wall, DR writes in its coverage of the trial.

Buch-Jepsen also tried to prove that Madsen attempted to bring other, ostensibly random, women onto the submarine in the days leading up to August 10th.

One of the witnesses called on Tuesday was a woman who was invited to sail on the submarine on August 8th.

The woman had met Madsen by chance in May 2017 when out walking with a friend on the Refshale island in Copenhagen.

He later added the woman and her friend on Facebook and sent photos of the sub. He called the woman in July, but she didn’t answer. He then sent her an invite by SMS on August 8th. She declined the invitation and said in court that she found it strange that she was invited without her friend, since they had been together the only time she had met Madsen.

4. Witnesses asked about tools on submarine

A noticeable element of the witness testimonies is that Buch-Jepsen consistently asks about the presence of a saw, green hose and straps in the submarine. This forms part of the prosecution’s argument that Wall’s death was planned.

Another key object is a sharpened 50cm-long screwdriver, which Madsen said was on board the submarine for its use as a marker for diving. One of the witnesses told the court it could fulfil that function without being sharpened.

Madsen has said that he took the items into the submarine for practical jobs, such as building a shelf and cleaning. The prosecutor has asked witnesses whether they had previously seen the items in the submarine and whether work such as sawing would not usually have been done in Madsen’s workshop.

A witness for the defence confirmed there were plans to build a shelf in the vessel, but others have said they had not seen the tools in question in the sub, DR reports.

READ ALSO: What we learned from the first day of Peter Madsen's trial in Copenhagen

Much of Monday was spent on testimonies from former sexual partners of Madsen, who has been described in a psychological assessment as “perverse and highly sexually deviant.”

None of these witnesses have described the submarine owner as having acted in a threatening or violent manner towards them.

The prosecution is arguing that Madsen was interested in impalement and execution of women due to the material found on his phone and his computer.

A number of text messages sent by Madsen were presented to the court on Monday.

The messages, sent in the months leading up to August 10th last year, were sent between Madsen, one of the witnesses, and a second woman.

The texts show that Madsen and one of the women discussed tying up the second woman in the submarine before doing something “kinky” with her, DR reports.

One of the women wrote to the other on August 11th: “The day before [the submarine trip with Wall, ed.], Peter and me were writing about how we want to make a snuff film with you in the submarine.”

‘Snuff film’ is the term used to describe videos of genuine murders or suicides.

In another message from the correspondence between the three, which was earlier read to the court, Madsen wrote “I’ll pierce you with a skewer”.

The witness stressed that the messages were sent in a context of private jokes and she had not felt threatened.

6. Cause of death not ascertained by investigation

Neither the cause of death nor the motive was established by police, but investigators believe Madsen either strangled Wall or cut her throat.

Examination of her body showed repeated stab wounds in the genital area.

On the third day of the trial, coroner Christina Jacobsen said that Wall’s respiratory tract was “partly or wholly closed off. That can happen in various ways,” DR reported.

A total of 37 witnesses are scheduled to speak in the case, which now has five days remaining and will resume after Easter.

The prosecution has said it will seek a life sentence, which in Denmark averages around 16 years, or safe custody (forvaring in Danish), a legal alternative which would keep him behind bars indefinitely as long as he is deemed dangerous.

A verdict is expected on April 25th.