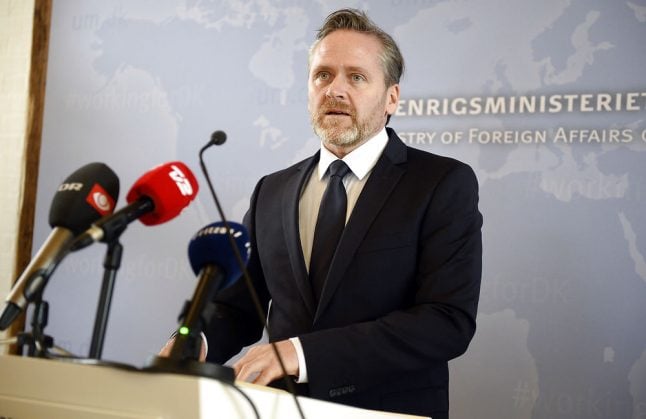 The measure is coordinated with a number of EU countries, including Germany and France, who also announced similar measures on Monday.

The response was discussed at a meeting of EU leaders in Brussels on Friday, according to Ritzau.

Russia is accused by the United Kingdom of being responsible for an attack on former double agent Sergei Skripal and his daughter using the Novichok nerve agent.

The attack occurred in the town of Salisbury in southwest England on March 4th. Downing Street has said that there is “no plausible explanation other than that the Russian state” was responsible. Russia denies being behind the incident.

“We have therefore decided along with a number of similarly disposed countries to expel Russian diplomats,” the foreign minister said.

“It is obviously unacceptable for chemical weapons to be used in an attempted murder in a British town,” Samuelsen added.