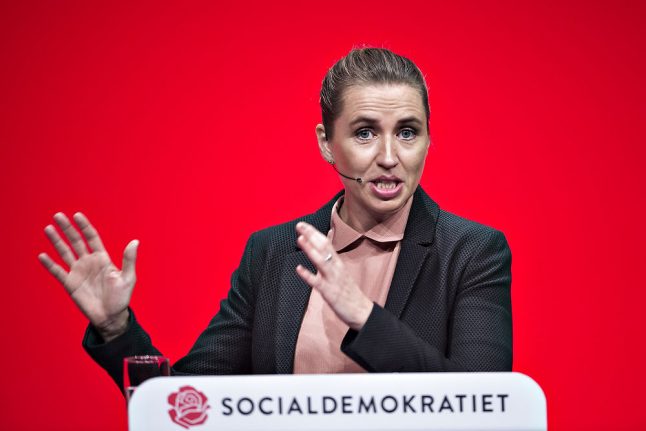 LO Aalborg, an umbrella organisation for trade unions, confirmed in a press statement that it had withdrawn its invitation to the leader of the opposition.

“LO Aalborg's board has today gathered to discuss the situation regarding the possible labour conflict and in that regard reached the decision to only include non-political speakers at our May 1st event at Kildeparken [Aalborg],” the statement read.

Frederiksen had been invited to speak at the event in Aalborg – her home town — before Wednesday's reversal, LO Aalborg and the Social Democrat party secretary Jan Juul Christensen both confirmed according to Politiken's report.

An ongoing trade dispute that could lead to public service strike or lockout appears to be the primary reason for the move.

“While Mette Frederiksen refuses to oppose a government intervention in the conflict that seems to be getting closer, thereby siding with [public sector] employers, it would be the wrong signal to send to allow her to give a speech on International Worker's Day,” trade union HK Nordjylland's chairperson Mette Lynggaard Pedersen said to TV2 Nord.

Frederiksen will still be welcome to speak at the equivalent event in Copenhagen.

The Social Democrat leader's invitation to give a speech at Fælledparken in Copenhagen on May 1st stands, chairperson for LO in the capital region Per G. Olsen confirmed to Jyllands-Posten.

READ ALSO: Labour Day in Denmark: why is it so special?