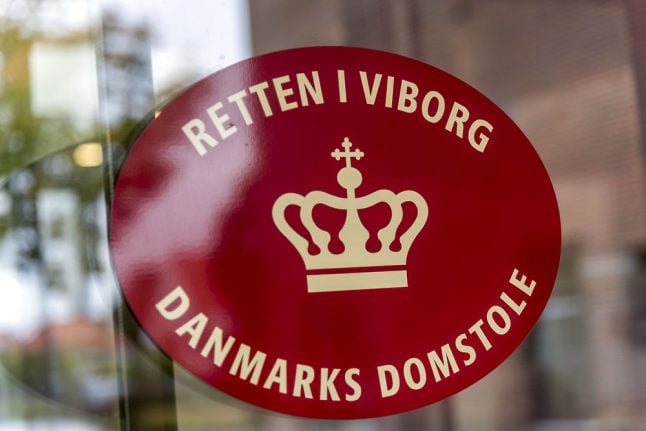 The priest, who worked at a 'free church' not connected to the Danish state church (folkekirke), was given the sentence at Viborg City Court on Tuesday.

He was also banned from working in roles that involve contact with children and youths under 18 years of age.

The former priest, Christian Laursen Rabum, was charged with sexual assault and harassment against eight minors at a free church in the town of Silkeborg.

The 30-year-old admitted to having sex with several of the young people, who were aged between 15 and 18.

He argued that his relationships with the victims were on an equal basis and that none of them were forced into acting against their will.

The court rejected the defendant's argument and found that he had abused his position of authority and subjected members of his congregation to long-term psychological manipulation.

Prosecutor Mette Møller argued for a sentence of around four years in prison.

Police in the Central and West Jutland district received reports of the former priest's inappropriate behaviour in 2010, but were unable to pursue a case against him due to insufficient evidence, Ritzau reports.

In 2011, the priest travelled to the United States, where he is reported to have been given American citizenship and established a new congregation in the state of Florida.

In 2016, several members of his congregation in Silkeborg came forward with complaints against him, after which he chose to return to Denmark to confront the allegations.

Though he was arrested by American authorities on his way out of the country for operating an illegal gambling business, charges were not pressed in that case and he eventually returned to Denmark in March 2017.

He has since been remanded in custody in the Scandinavian country.