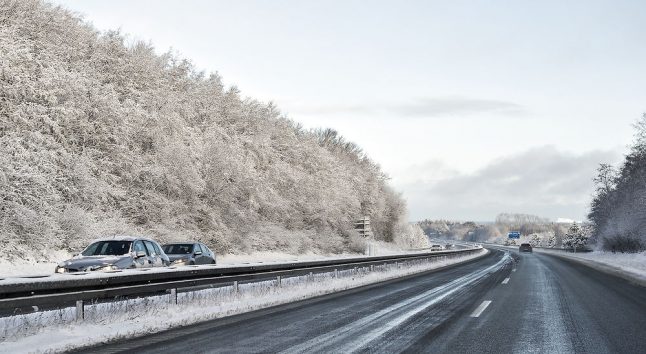 All lanes are now open, the Danish Road Directorate confirmed.

23 vehicles, including six trucks, were involved in the accident on Tuesday morning.

Six people were taken to nearby hospitals after the accident.

The incident caused a large section of the northbound road, between Vonsild and south Kolding, to be closed, the road agency said.

“We were fortunate that a hospital helicopter was in the air and able to give us an overview of the situation,” South Jutland Police's duty officer said.

Heavy vehicles were unable to use crawler lanes due to snow earlier on Tuesday – a possible factor in the cause of the accident, Ritzau reports.

Long tailbacks resulted from the accident, but these are now almost resolved, the Danish Road Directorate confirmed on Tuesday afternoon.

Delays of around 20 minutes are reported at the time of writing.