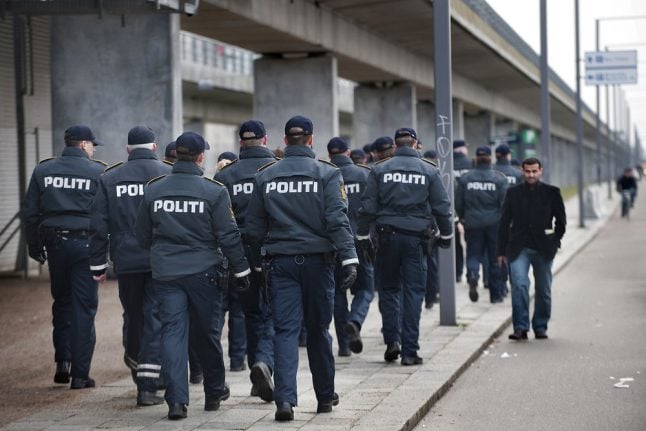 The police survey is based on the responses of 11,000 people who were asked about both feelings of safety and confidence relating to the country's police.

79.2 percent said they have confidence in the police.

In 2013, when the National Police (Rispolitiet) conducted the survey for the first time, that figure measured at 84.3 percent. Last year it was recorded as 81.1 percent.

“We take this measure very seriously and are working continuously to reverse the trend by being firm and persistent in our work,” Højbjerg said.

The press release also notes a positive change with regard to confidence in police in underprivileged areas, with this reported to be at 77 percent.

Average response times are reported to have fallen from ten minutes 38 seconds to nine minutes 45 seconds.

“Response times are naturally not the only thing that are important for the safety of citizens. I have therefore asked the National Police to look at ways we can strengthen police responses, because it is one of my goals for this year to bring first-hand contact between citizens and police into focus,” Justice Minister Søren Pape Poulsen said.

The study also asked people living in Denmark about their feelings of security within their local areas.

Overall confidence in this regard fell from 89.1 percent in 2016 to 85.7 percent in the latest report.

Police districts in several parts of the country have pointed to conflicts between organised crime gangs as a source of feelings of insecurity amongst citizens, Ritzau reports.