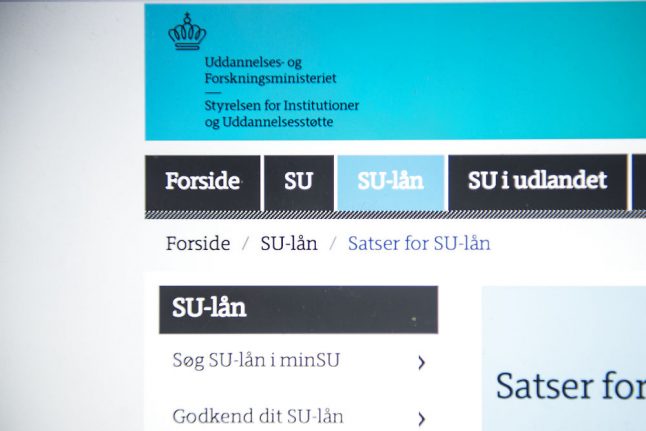 EU nationals who study in Denmark are entitled to both the Danish state student grant and the equivalent repayable loan, provided they fulfil certain requirements (such as working for 10-12 hours weekly).

But the Danish state is yet to receive a large amount of repayment on the loans given to international students, it was reported last year.

“It is a growing problem that foreigners that receive SU loans leave Denmark and don't pay. That is simply unfair. That's why the government is taking action against it,” tax minister Karsten Lauritzen said to Ritzau.

The government hopes to establish an agreement with the EU over the recovery of debts, but will seek bilateral deals with individual countries in the shorter term, writes the news bureau.

The government announcement comes as parliament on Friday is set to assess a proposal by the anti-immigration Danish People's Party (DF) to completely bar foreign nationals from receiving SU.

Thulesen Dahl rejection the suggestion that such a measure would break an agreement with Nordic neighbours Sweden and Norway, who operate similar student finance systems, enabling Danish students to study in the other Scandinavian countries.

“No. We have been told that we cannot recover debt. So students can return home without paying back what they have loaned. So we are saying: 'that traffic must be stopped,” he said.

Foreign nationals who have taken out SU loans are required to provide details of their new address when leaving Denmark. The government plans to contract private debt collection agencies to help Danish authorities recover the debts.

Currently, money owed by foreign nationals living outside of Denmark can only be recovered if the debitor pays voluntarily.

In October 2017, Denmark contacted the EU Commission over the issue. The Commission responded that an update to the Brussels Regime in 2022 could see a possible solution to the SU issue introduced.

According to Ritzau's report, the government is seeking bilateral agreements with Germany, Sweden and the Netherlands, who have equivalent systems to Denmark, as well as better coordination with the other Nordic countries.

The Nordic countries have the highest number of citizens with unpaid SU debts, according to the report.