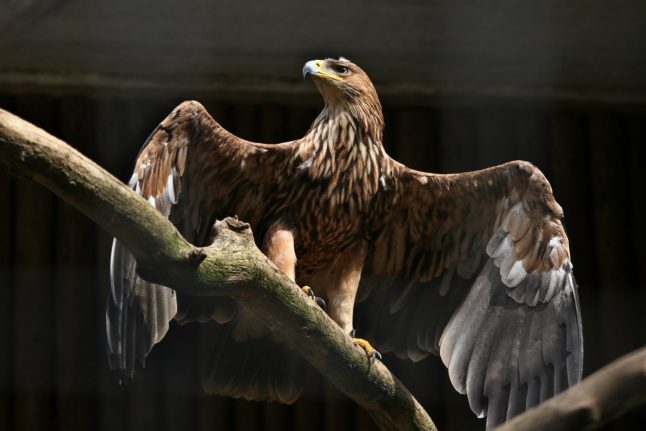 Sightings of the species, which has a wingspan of just under two metres, are very rare at Danish latitudes.

“This is probably the only imperial eagle in the whole of northern Europe right now,” said ornithologist and birdwatching guide author Klaus Malling Olsen.

The eastern imperial is one of the rarest eagles in Europe, with the population of the bird estimated to be around 500 pairs.

No more than 30 sightings of the species have been registered in Denmark since records began, and most of these have come during the spring or autumn.

The sighting reported in Friday is only the second ever to occur during the winter.

Olsen said the eagle spotted near Aabenraa is likely to be a roving individual of a relatively young age, around two years.

“In the early years, young birds rove around at their own will. Sometimes they get settled a little north of where they're supposed to be,” he said.

The eagle usually nests in the southern part of Europe. The regions of its habitat that are closest to Denmark are in Hungary and Slovenia.

The sighting in Denmark has caused excitement amongst ornithologists, with up to 50 birdwatchers flocking to the area following the announcement.

“It's always pretty big news when a rare bird shows up,” said Olsen, who braved snow and cold himself in the hope of glimpsing the animal – without reward.

Whether the eagle will remain in Denmark is uncertain but unlikely, he said.

“It is too far from the nearest breeding areas. [The eagle] also needs somewhat different biotopes than what we have to offer,” he said.