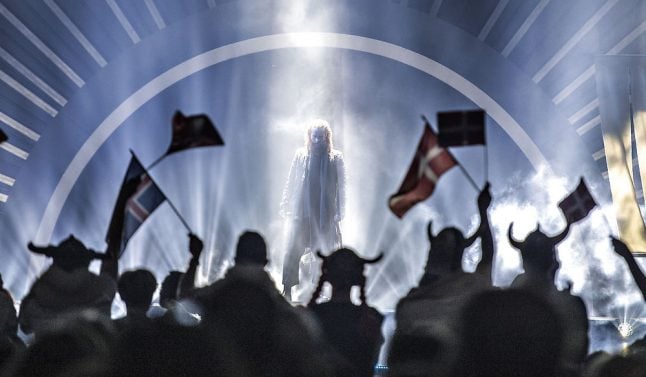 Rasmussen won the Danish final of the competition on Saturday night with the song 'Higher Ground'.

The song is inspired by the Icelandic sagas of Magnus Erlendsson, the 12th century Earl of Orkney, writes broadcaster DR.

32-year-old Rasmussen, who comes from the town of Viborg in Jutland, took 50 percent of viewers' votes to see off the challenges of fellow Danish singers Anna Ritsmar and Albin Fredy in Saturday's musical showdown in Aalborg.

The singer has worked in Denmark's music industry for several years in musicals and tribute concerts to the like of Elton John and Abba as well as performing as lead singer in cover band Hair Metal Heröes.

“I am completely overwhelmed. This is crazy… insane! Fifty percent of the votes… I just don't believe it,” he told DR after winning Saturday's qualifying contest.

“I hadn't even been thinking about Portugal. But I believe in my song and believe in the cool show we have put together in relation to the scene show, costumes, hair, makeup and so on. I think we have a great chance of making an impression in Portugal,” Rasmussen, who studied music and drama at Aarhus University, told the broadcaster.

Rasmussen will now compete in the Eurovision's semi-final on May 10th where he will attempt to qualify for the main event in Lisbon on May 12th.

Denmark most recently won the Eurovision song contest in Malmö in 2013 with Emmelie de Forest's song 'Only Teardrops'.