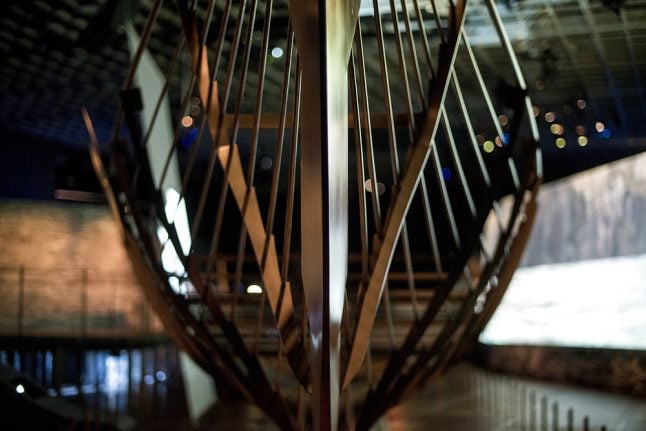 A unique burial ground with remains from the first large-scale Viking invasion of England has been dated by archaeologists, reports ScienceNordic.

The site is a mass grave containing the remains of at least 264 people in Repton, where the Vikings made winter camp during their invasion of England in 873 CE.

The Repton grave has given archaeologists headaches for many years, ever since it was first discovered in 1979. At first, they were certain that it was a Viking grave, but subsequent radiocarbon dating showed that this was not the case.

Now, three decades later, a new set of analyses confirm that the remains are indeed Viking.

“It's long been discussed whether or not it made sense that the burial was not Viking. We have now taken Repton back,” says archaeologist Søren Sindbæk from Aarhus University, who was not involved with the new research to re-date the remains, speaking to ScienceNordic.

The mistake was a simple calculation error in the radiocarbon dating.

Dates can be totally off if the individual had eaten a diet rich in marine food, such as fish and seafood, leading in worst cases to dating errors of up to 400 years.

But nobody knew about this effect in the 1980s, when the Repton grave was originally dated.

“It's the best described error in radiocarbon dating, and today we can easily correct for it. But no one had access to the original Repton samples until now, so we couldn't see that it was something so simple as a Viking penchant for seafood that had led us on a wild goose chase for more than 20 years,” says Sindbæk.

READ MORE from ScienceNordic: What made the Vikings so superior in warfare?

The Repton grave was first discovered by husband and wife archaeologists Martin Biddle and Birthe Kjølbye-Biddle.

Between 1974 and 1988, the pair excavated the area around St. Wystan's church in Repton, where they found a number of Viking graves and a type of charnel (a mass deposit of bones) under a mound in the vicarage garden.

The burial site was built by the Viking Great Army-also referred to as the “Great Heathen Army” by Anglo Saxon chroniclers. The army ravaged parts of England from 865 until it broke up in 874 CE, after spending the winter of 873-4 at Repton, as recorded in the Anglo-Saxon Chronicle for that year.

“Although these new radiocarbon dates don't prove that these were Viking army members it now seems very likely,” postdoctorate researcher Catrine Jarman from the Department of Anthropology and Archaeology at the University of Bristol said in a press release. Jarman led the new investigation to date the remains.

Biddle and his wife, Birthe Kjølbye-Biddle, who died in 2010, were never in any doubt that the bones originated from a time when the Viking Great Army overwintered in Repton, says Biddle.

“The confusion around the carbon dating led to a lot of academic nonsense and people didn't know what to make of it. Birthe and I never had any doubts,” he says.

“Birthe would have been excited that we can now show that the dating fits with the history. It's a real shame that she didn't live to see it,” says Biddle.

No one immediately questioned that the site was the winter camp of the Viking Great Army as Biddle and Biddle had originally reported. The site fitted perfectly with what was known from written sources and they had also found Viking weaponry and artefacts on site.

An axe, a number of knives, and five silver coins, were discovered, and dated between 872 and 875 CE. Forty per cent of the individuals were men who displayed signs of violent injuries.

“It's a very famous discovery and you can find pictures of it in almost all books on the Viking Age. If this site was discovered today it would blow away all other discoveries,” says Sindbæk. Some years later they decided to take advantage of the new technique of radiocarbon dating, and suddenly it all went wrong. The dates were scattered all over the place.

Archaeologists reluctantly accepted the results and suggested that the site may have been a type of charnel house for monks from the nearby church.

“Meanwhile, lots of other traces of the Viking Great Army began to appear, such as some beautiful treasures and another winter camp. But Repton, the first and most interesting discovery, was out of the picture,” says Sindbæk.

“At the same time there was a question mark because a monk charnel house was a strange hypothesis. We don't see this in any other places,” he says.

Repton has ever since been a recurrent topic of discussion among archaeologists. Many were sceptical of the monk charnel house hypothesis, but the dates did not support the presence of a Viking camp.

Today, archaeologists can breathe a sigh of relief, says Sindbæk. Himself included.

“Everyone understood that it didn't make sense. We were at a standstill and it became the elephant in the room. I think it's beautiful that we can now include Repton again. I'm so happy,” he says.

“The date of the Repton charnel bones is important because we know very little about the first Viking raiders that went on to become part of considerable Scandinavian settlement of England,” says Jarman in the press release.

“It also shows how new techniques can be used to reassess and finally solve centuries old mysteries,” she says. Sindbæk agrees.

“We can use these skeletons for a number of bio-archaeological studies, which were out of the question before. We can now learn a lot about their origins, which type of fighting style they used, and the type of diseases they were exposed to,” he says.

READ ALSO: Were Denmark's Vikings economic migrants to the UK?