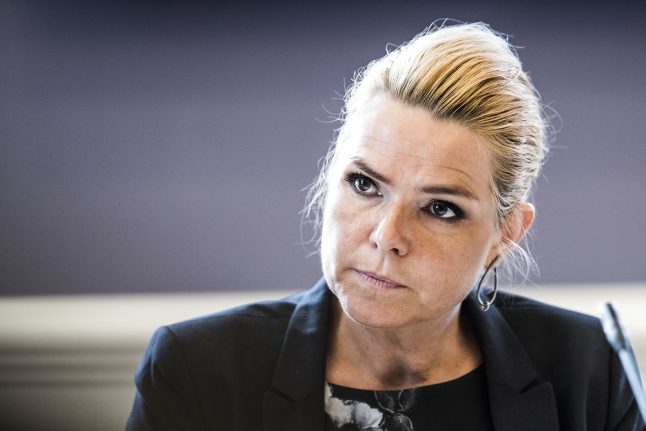 The new stipulations are expected to result in an overall reduction in the number of spouses granted residency through family reunification, according to the text of the agreement.

Under current rules, mixed-nationality couples where the non-Danish partner does not hold EU citizenship must meet a so-called attachment requirement (tilknytningskravet), meaning that the couple would need an overall stronger 'attachment' to Denmark than any other country.

The proposed new family reunification rules would see the attachment requirement scrapped and replaced by demands relating to integration factors in the form of a number of criteria that must be met by the couple.

Four out of six of the government's integration criteria must be met for family reunification to be granted. Those criteria relate to the language competencies, employment status and education levels of both the partner already resident in Denmark and the applicant for reunification.

The language requirement for the partner already in Denmark – completion of the Prøve i Dansk 3 national language test – is mandatory, meaning three of the five remaining criteria must also be met.

In addition, the demands for learning Danish made on the applicant have been increased, with CEFR level A1 after six months in Denmark and CEFR A2 after nine months required.

The pair applying for reunification must also have savings of 100,000 kroner (13,400 euros) as “economic insurance” – a doubling of the 50,000 kroner sum needed under existing rules.

Finally, couples living in designated underprivileged areas would see their applications for family reunification flatly rejected, regardless of the other criteria.

“All things being equal, this will mean fewer family reunifications in Denmark. We want more people in Denmark that can contribute,” Minister for Immigration and Integration Inger Støjberg told Ritzau.

“Strict demands must be made. On the other hand, we have had problems with foreign-based Danes who can return home and contribute positively,” Støjberg added.

The government has worked towards a new framework for family reunification since a previous rule, known as the 26-year rule, which exempted Danes holding citizenship for 26 years or more from their partners being subject to the attachment rule, was in 2016 abolished by a European Court of Human Rights (ECHR) ruling.

The rule discriminated against Danes who were born in the country or arrived at a young age, for example as refugees, but were not granted citizenship until later, the ECHR found.

Those rule changes resulted in several cases being reported of spouses who would have been granted residence through the exemption rule being told to leave the country, if for example they and their Danish partner had lived in another country for several years.

Støjberg later adjusted rules to allow high-earning and highly-qualified Danes to bring their spouses to the country.

“From now on, we are making a series of strict, balanced and realistic demands for family reunification, where integration is central,” the minister said via a press statement on Wednesday.

Although the Social Democrats support the plan, other parts of the opposition have criticised it, notably the rule that would deny family reunification based on address.

“In principle, I think it is unfair that different rules apply depending on where in Denmark we live,” wrote Red-Green Alliance spokesperson Johanne Schmidt-Nielsen in a Facebook post.

“It is possible that you could live in an area classed as underprivileged without being underprivileged yourself. If you are denied family reunification, you would not be punished for your own actions, but because a relatively high proportion of your neighbours are unemployed or sick,” Schmidt-Nielsen wrote.

“While that is unfair in itself, it's also foolish. Because it means we risk forcing people with good resources to leave underprivileged areas… and that, surely, is more or less the opposite of what is being attempted politically,” she added.

A bill based on the agreement is expected to be presented to parliament in the near future.