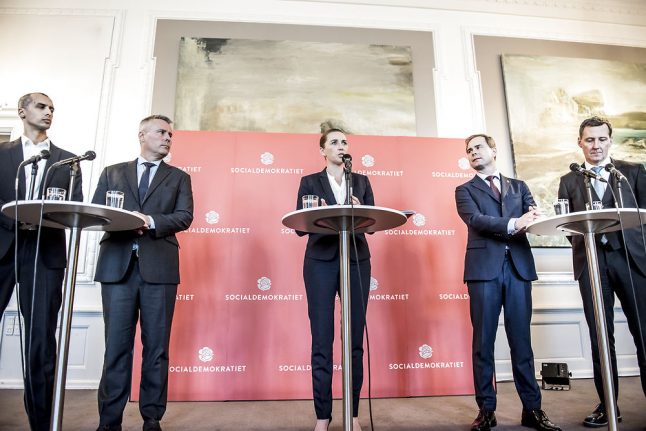 “We want to introduce a cap on the number of non-Western foreigners who can come to Denmark,” Social Democrats leader Mette Frederiksen said in a 44-page document which focused in particular on asylum seekers from Africa.

“We want to reform our asylum system, among other things, by setting up reception centres outside Europe, and in the future it will not be possible for refugees to obtain asylum in Denmark outside quotas set by the United Nations,” she added.

The proposed reform would have asylum seekers who come “spontaneously” to Denmark sent to a reception centre in a country outside Europe, for example in North Africa, while their case is being examined.

Should an asylum seeker's application be granted by Danish authorities, the person would still not be allowed to enter Denmark.

The refugees would instead stay in the transit country where the application was processed under the protection of the UN Refugee Agency (UNHCR) and Denmark would pay for the expenses of covering their needs.

After having hosted nearly 30,000 people during Europe's migration crisis between 2015 and 2016, Denmark has introduced controls to its borders with Germany, toughened its asylum conditions, and the number of applications drastically fell to 3,500 last year.

Frederiksen said the country of 5.7 million people no longer has the means to integrate foreigners on its soil.

“The population in Denmark has changed rapidly in a short time: in 1980, one percent of the Danish population was not of Western origin, today it is eight percent,” she said.

Two parties in the leftist opposition, however, rejected the proposal.

The left-wing Red-Green Alliance said in a statement posted on Facebook that Denmark would not solve integration challenges by “relinquishing its responsibility in North Africa”.

Denmark's former employment and justice minister Frediksen holds a degree in African studies. She is one of the 48 elected Social Democrats in the 179-seat Danish parliament.

The nation's second largest party, the populist Danish People's Party with 38 lawmakers, is not part of the centre-right government of Prime Minister Lars Løkke Rasmussen.

But the party's anti-immigration stance has influenced the government.

Sign up here for our newsletter and we'll send you our daily picks of the best news, features and opinion from Denmark