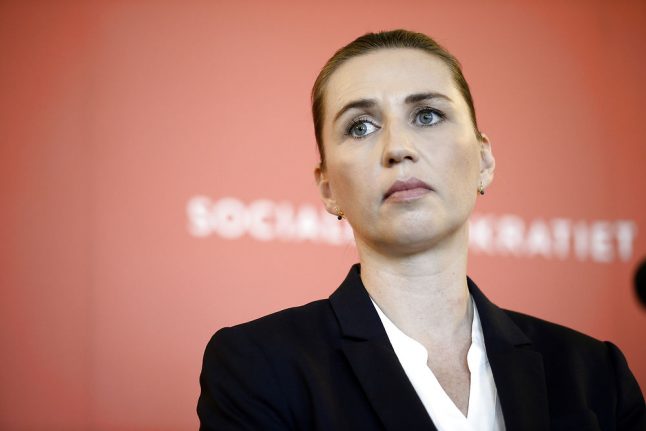 According to the proposal, refugees would no longer have the option of claiming asylum 'spontaneously' at Denmark's borders or asylum centres.

Instead, the Social Democrats want to send asylum seekers to a Danish-run facility in an unspecified country in North Africa while their cases are processed.

Parties that would be required to vote through the proposal in parliament, should the Social Democrats win the next general elections, were quick to speak out against the idea.

“Integrating refugees is not without problems. But to imagine you can just wash your hands of the job by giving it to a country in North Africa, I honestly think shows a lack of solidarity,” said the Red-Green Alliance's Johanne Schmidt-Nielsen to Ritzau.

Although the Social Democrats believe their proposal to meet international rights commitments, Schmidt-Nielsen expressed her doubt over this claim.

“I think the Social Democrats are very much alone in thinking this conforms with human rights,” she said.

Pia Olsen Dyhr, leader of the Socialist People's Party, said she could see positive elements in the notion.

“In relation to helping refugees in a better and more sustainable way, increasing development aid, resuming acceptance of quota refugees and processing asylum cases in neighbouring countries, this is positive,” Dyhr told DR.

The Social Liberal (Radikale Venstre) party said that, while it did not oppose accommodating refugees in North Africa in principal, the proposal by the Social Democrats was “totally unrealistic”.

“We will never find an African country that will take on this task for us,” leader Morten Østergaard said, calling instead for a “much more obligating agreement with our neighbouring countries in the EU,” providing for a more authoritative negotiating position with North African countries.

The environmentalist Alternative party called the proposal unrealistic and inhuman.

“You are proposing transferring the burden to a North African country… leaving the problem for neighbouring countries. And saying 'no' to individuals and displaced people that come here,” the party's immigration spokesperson Josephine Fock said.

But Alternative praised another element of Monday's Social Democrat proposal, which would raise the amount of aid money paid to developing countries.

“But that is not the same as completely locking everything down here in Denmark,” Fock said.

The proposal also brought forth reaction on Denmark's right wing.

“I wish we could click our fingers and create such a system. But unfortunately, the situation in many North African countries is so unstable that it would not be possible to build the camps,” Marcus Knuth, immigration issues spokesperson with the governing Liberal (Venstre) party, said to Ritzau.

“And the countries that are more stable would not in their wildest dreams think about saying yes to this,” Knuth added.

Martin Henriksen, immigration spokesperson with the anti-immigration Danish People's Party, said the Social Democrats would deserve a “group hug” if they were to follow through on the proposal.

Henriksen also suggested that the idea could work within human rights conventions.

“If this proposal is implemented in the right way, it could be done within the various conventions,” Henriksen told Ritzau.