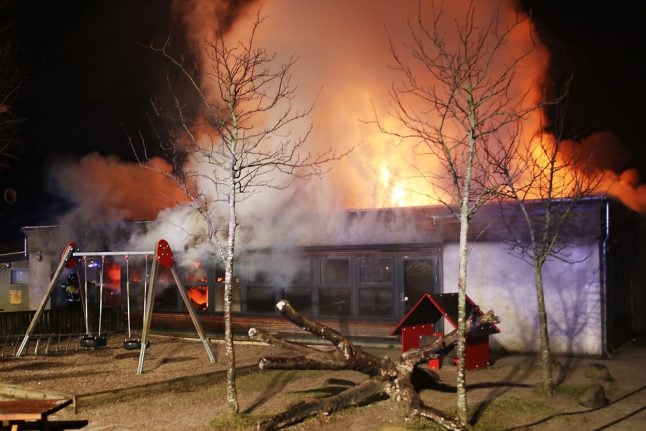 The daycare in Høje-Taastrup ablaze in the early hours of January 31st. Photo: Mathias Øgendal/Scanpix Denmark

Fire services were working to extinguish the blaze in the early hours of Wednesday after the premises caught fire late Tuesday night, reports news agency Ritzau.

The daycare is reported to have burned to the ground.

“We are currently waiting for firefighters to finish putting out the fire so we can begin investigation,” duty officer Thomas Mejborn of West Copenhagen Police told Ritzau just before 6am on Wednesday.

The fire comes after broadcaster TV2 reported on Tuesday that a 14-year-old boy who took work experience at the facility had admitted sexually assaulting five children, all girls, at the daycare, according to Høje-Taastrup Municipality.

“We are not making any assumptions about a connection, but this will of course be taken into account in the investigation,” Mejborn told Ritzau.

TV2 reported on Tuesday that the local municipality had confirmed that the boy had admitted last week to committing the assaults, which involved touching and kissing the young girls.

The case is currently in the hands of social authorities given the suspect's status as a minor, and has also been reported to the police, the broadcaster reports. Police and municipality representatives met with victims' parents on Friday last week. 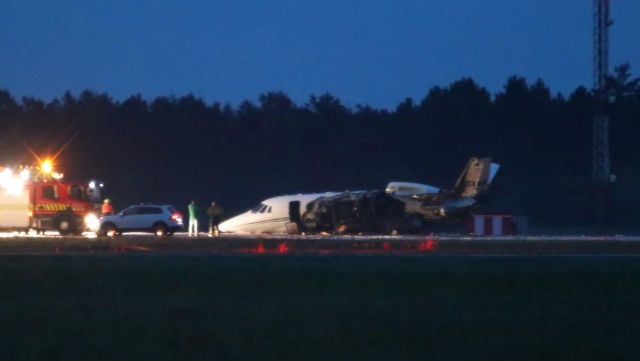