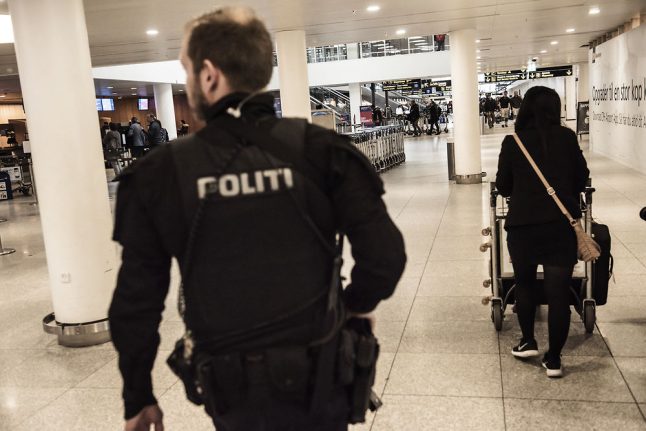 One of the men will receive 114,200 kroner in compensation, while the other will receive 97,800 kroner, according to the prosecution authority.

The two men were arrested by Danish police at Copenhagen's Kastrup Airport in spring 2016, two days after a major terrorist bombing in Belgian capital Brussels.

Suspicions held by the police against the men were not specific and described as “attempted terror,” reports news agency Ritzau. The men had travelled to Denmark in order to prepare “an act of terror at an unknown time and place in Denmark,” according to the accusation made against them.

One of the men was remanded in custody for three months, while the other was held for around two months.

During that period, one of the men, a 34-year-old who lives in Greece, was charged for people smuggling. That charge was also dropped by Copenhagen's state prosecutor.

The man is reported to have becoming angry at his treatment by police during a court hearing.

“This is not justice… I want people to know about this. This is inhumane,” the man said in fluent English.

He said that he had been travelling to a wedding in Sweden with the second man, who is 25, when they were arrested.

Dorit Borgaard, head of the Copenhagen Police prosecution service, said that the action against the two men was based on “information from sources”.

“That is the flimsiest justification I have ever seen,” Michael Juul Eriksen, lawyer for the 34-year-old, said.

One of the two men will appeal to have the compensation amount increased, Ritzau reports.

Denmark pays millions of kroner in compensation from state funds annually for mistaken arrests and detentions. The total amount of this compensation paid in 2016 was 31.4 million kroner (4.22 million euros), according to the Danish National Police.