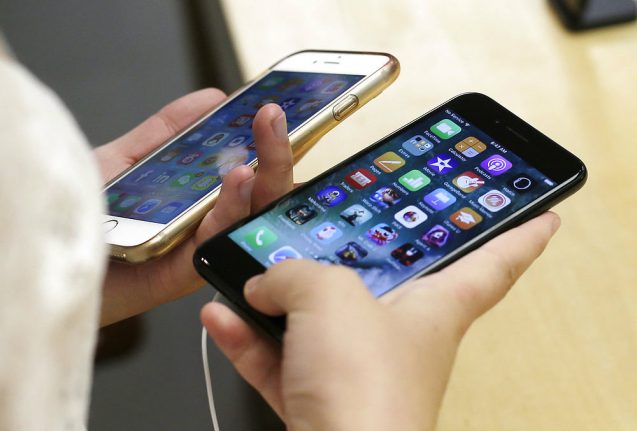 Police have summoned young people for questioning over a wide-ranging sex video investigation without informing them why they are to be questioned.

Earlier this week, the investigation of over 1,000 people over the distribution of two explicit videos and one image was announced by Denmark’s National Police.

A total of 1,005 young people are currently suspected by police in connection with the case, in which police have in several instances summoned suspects for questioning without informing them of the nature of their inquiries, Pedersen said.

“If the suspect or his or her parents call and say they don’t want to attend the interview, they are often told that police will have to go and pick them up,” the lawyer said to Ritzau.

“That is a threat that works on most people. Not many want to be the one getting put in handcuffs and taken away by police. Especially not if you are 14-15 years and the whole class is watching,” he added.

The many suspects in the case are accused of sharing two explicit videos and one image using Facebook’s Messenger service.

Although the legal age of consent in Denmark is 15, The country’s criminal law forbids possession and distribution of photographs and videos of a sexual nature of persons under the age of 18.

Individuals under police suspicion in the case may have broken Danish child pornography laws, police said in a statement on Monday.

“In my experience, most people in this situation will be overwhelmed by discomfort, shame, panic or the need to explain themselves, so that it can be dealt with,” Pedersen said.

Many do not take in police advice that they have the right to legal representation and to remain silent, which could lead to serious problems further down the line, according to the lawyer.

“Considering that children and youths are under suspicion… it is my impression that these cases should be managed with just as much caution with regard to suspects as seriousness with regard to victims,” he told Ritzau.

Conviction for distribution of child pornography can result in up to two years in prison under Danish law.

In announcing the investigation, police said that they hope it makes young people more aware that explicit images of this kind are illegal to possess and can result in criminal conviction.

“We are under the impression that young people are well aware of the consequences for victims of sharing material of this kind. But they possibly do not know that it is illegal and that they can be convicted for distributing child pornography,” National Cyber Crime Center (NC3) superintendent Flemming Kjærside said in Monday’s press statement.

“If you receive a criminal conviction as a minor it can stay on your record for it least ten years. That means you cannot get a job in a daycare or as a football coach. If American authorities are informed, it can also cause difficulties with travelling to the USA. So this is serious and has serious consequences far into the future,” Kjærside said.