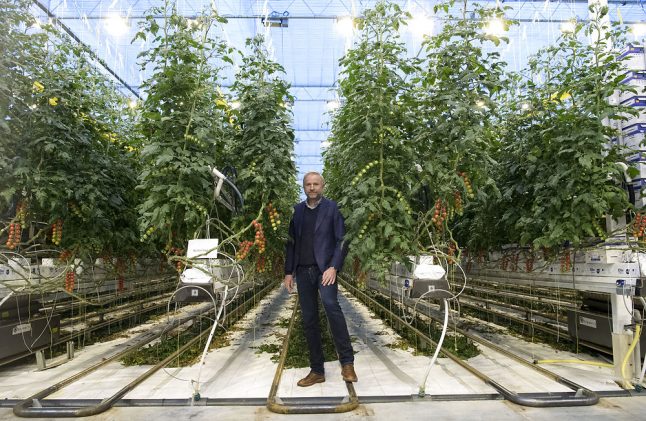 From 2018, Danish companies are permitted to grow medicinal cannabis.

Mads Pedersen, described in Denmark as a ‘tomato king’, last week announced that his company, Alfred Pedersen & Søn, would be putting considerable resources into the crop in a joint venture with Aurora.

The production facility will be located near the town of Odense and ready to begin operating next year, Berlingske Business reports.

In an interview with broadcaster TV2, Pedersen said that he hoped the business venture would “make a difference”.

“I think this is a chance that comes once in a lifetime. To work with a product that makes a difference,” he said.

Pedersen’s company will invest 250 million kroner (33.5 million euros) into the facility, which will cover an area the size of 13 football pitches, according to TV2’s report.

“We are working and planting in advance. We have logistics and climate already in place [from the company’s tomato farm, ed.], and that is the same thing you need with regard to cannabis in order to deliver the quality patients need,” he told TV2.

The Canadian company would also provide valuable expertise to the business venture, he said.

“They know about the clinical medicine. What we know about is the climate aspect, which enables us to ensure the quality of our products from the ground to the table,” he said to TV2.

The company director said he hopes to become Europe’s leading producer of the product.

Around 150 jobs are expected to be created by the initiative.

The governing Liberal (Venstre) party, along with opposition left wing and centre-left parties, legalised the trial in parliament. Although cannabis for medicinal purposes was initially expected to be imported to Denmark, the political majority later decided to allow it to be grown by Danish farmers.

Conditions permitted for treatment under the trial include multiple sclerosis, spinal cord injuries, chronic pain and nausea and sickness secondary to chemotherapy.

But doctors in Denmark have previously expressed reticence to prescribe the treatment, citing a lack of studies into its effectiveness and side effects.

“Despite decades of research into medicinal cannabis, we still don’t know for certain to what extent it works and for which patients,” chairperson of the Danish Medical Association Andreas Rudkjøbing told TV2.

“We know nothing about dosage, length of treatment, side effects and long-term effects, whether there are precautionary rules in relation to other treatments or questions of addiction,” he added.