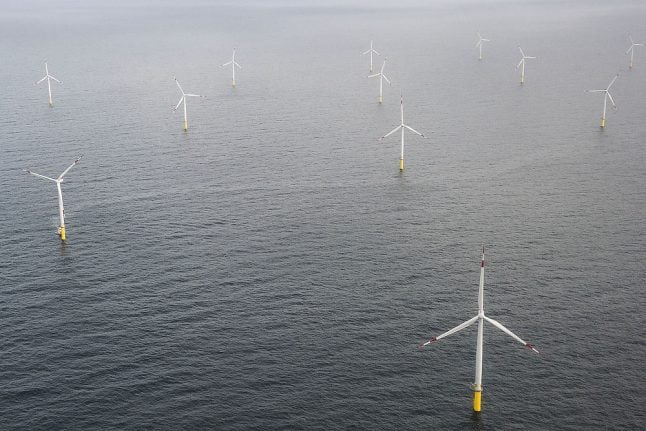 Highest-ever levels of wind energy provision were set in 2017, with 43.4 percent of Denmark's electricity consumption supplied by land and sea wind turbines last year, the ministry said in a press statement on Thursday.

Those figures reflect a doubling in the share of renewable energy production from wind power since 2008, when it accounted for 19.3 percent.

The past nine out of ten years have been record-setting for Danish wind power. The new record surpasses the previous 2015 record of 42 percent. “With the wind power production record, Denmark places a green flag on the world map. We once again show the whole world that Denmark has the world's best energy system,” Minister of Energy, Utilities and Climate Lars Christian Lilleholt said in the press statement.

“We have managed to accommodate large amounts of wind power and other green sources of energy, while maintaining high security of supply. This way, there is always power when we plug a device into the socket,” Lilleholt continued.

Further records are likely to be set by Denmark in coming years, with new offshore wind farms in the offing.

New offshore developments include wind farms off Esbjerg, Kriegers Flak in the Baltic Sea, Ringkøbing and Harboøre. The additional wind farms will contribute to further increases in Danish wind production, the ministry said.

“The government is working for Denmark to have at least 50 per cent of its energy needs covered by renewable energy, such as wind and solar power, by 2030. This is a very ambitious goal, which can also lead to further jobs in the green sector — not least in the wind industry,” Lilleholt said.

Wind and solar energy storage are a major part of Denmark’s future energy planning, with power to be converted and then stored for further use, including in batteries.

In addition to energy production, wind and solar energy storage will contribute to ensuring security of supply on cloudy and less windy days, the ministry writes.

Figures referring to the share of wind power do not refer to what actually comes from Danish electrical outlets. Since electricity is always purchased and sold once limits are exceeded, some of the Danish-produced power, including wind-generated energy, ends up in the power outlets of Norwegians, Swedes and Germans. At the same time, Norwegian hydropower, German solar power and Swedish nuclear power is also sold to Denmark. Additionally, Denmark also imports wind energy.