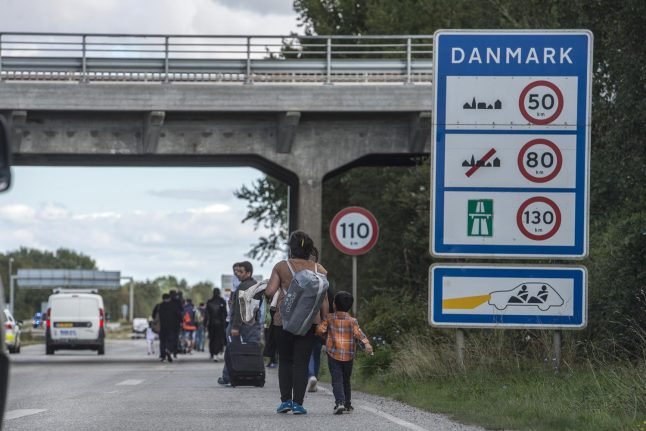 Refugees/migrants arriving in Denmark in September 2015. File photo: Per Rasmussen/Polfoto/Ritzau

The figures come from the country’s Ministry of Immigration and Integration (Udlændinge- og Integrationsministeriet).

Immigration minister Inger Støjberg said that immigration curbs imposed by the government since 2015 have contributed to the fall in asylum seeker numbers. 67 such restrictions have been implemented since 2015.

“I am in no doubt that our strict line on immigration has become known well outside of our borders, and that is exactly the effect I wanted,” Støjberg said in the press statement that accompanied the figures.

“I have never been in doubt that refugees differentiate between what welfare goods they can get in different European countries, and the government has now put a stop to the Danish gift shop,” the minister added.

Migration experts have previously cast doubts on the effectiveness of measures such as 2015’s publication of details of Denmark’s newly-tightened asylum rules in Lebanese newspapers.

Refugees in Denmark have also said in the past that strict asylum rules were not their primary consideration when fleeing to join relatives already in the country.

Nordic neighbour Sweden reported last year a drop in asylum applications after it tightened its own policies on the issue, including the introduction of border controls in the south of the country and temporary residence permits for those offered protection, instead of permanent permits as had previously been the case.

In addition to curbs introduced to Denmark’s immigration laws, including 2016’s controversial jewellery law, the EU’s agreement with Turkey the same year, which effectively closed the Balkan migration route, is also responsible for the reduced asylum, Støjberg said.

In accordance with that agreement, migrants and refugees who arrived in Greece from Turkey after March 20th 2016 who are considered not to require protection are sent back to Turkey.

For every Syrian citizen sent back to Turkey, another must be relocated from a Turkish camp to an EU country, under the terms of the agreement.

“I hope that we will receive very few refugees in the coming years. The best thing is to help refugees in neighbouring countries, before they begin on often life-threatening journeys,” Støjberg said.

In a report on durable solution for Syrian refugees published in October 2017, the United Nations High Commissioner for Refugees (UNHCR) wrote that the “key durable solutions for refugees from Syria are resettlement and complementary pathways of admission to a third country, voluntary return to Syria in safety and dignity, and protection and assistance in countries of asylum.”

As of September 2017, there were 5.2 million Syria refugees hosted in Turkey, Lebanon, Jordan, Iraq and Egypt, according to that report. In Lebanon, one in five people is a refugee.

In total, 3,458 people applied for asylum in Denmark in 2017. 35 percent of asylum cases processed in 2017 resulted in asylum being granted, according to the most recent review dating from November, reports news agency Ritzau.