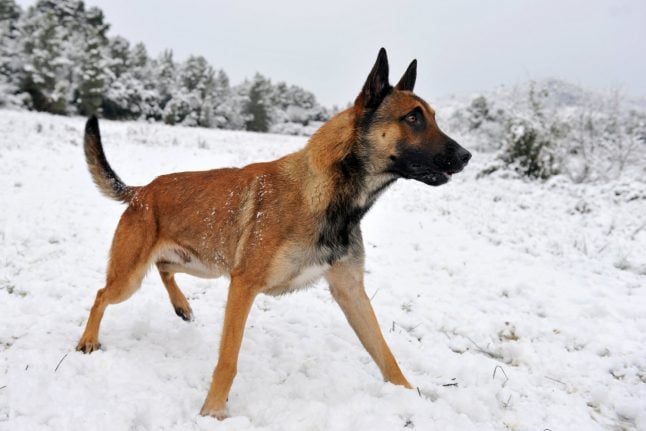 Not Pablo, but a fellow malinois. Photo: cynoclub/Depositphotos

After several months’ investigation, East Jutland Police have decided to cancel charges against two suspects in the case.

“Investigation will be postponed until further notice since it has not proved possible to find sufficient evidence,” police said in a statement.

Pablo was in May this year stolen twice in the space of a few days from a secure kennels north of Aarhus.

During investigation of the theft, police found the malinois in a locked room in an apartment in the nearby town of Sabro. He had sustained two injuries in the form of holes on his neck where the thieves had removed his identity chip, and his fur had been dyed black.

Two men who were in the apartment when the dog was found denied any connection with the theft and claimed to have only slept at the premises the previous evening.

“As further investigation was unable to disprove the story given by the men, charges have now been dropped,” police wrote.

Neither witnesses nor clues have led investigators to potential suspects.

Investigation has now been put in hold.

Pablo works as a tracking and drug detection dog at the Air Force Training Centre at Karup in central Jutland.