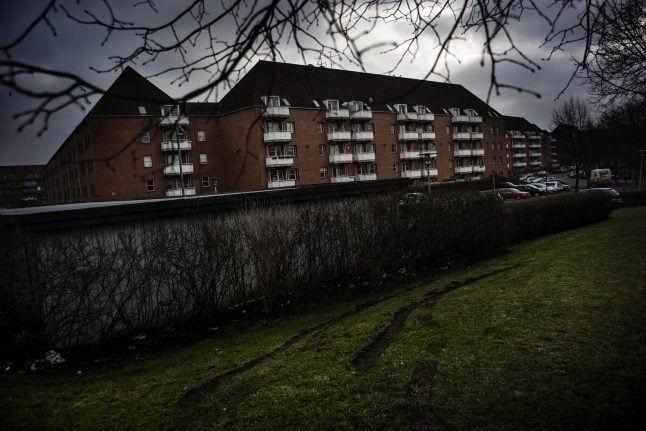 The 22 areas included represent the lowest number since the list was introduced in 2010.

Two areas on the list are new while five have been removed from last year’s version.

The updated list was announced via a ministry press release on Friday.

“It is obviously positive that there are fewer areas on the ghetto list this year. We should be happy about that. But there are still too many, and it is taking too long to bring the number down,” said minister for transport and hosing Ole Birk Olesen.

“In particular, we have problems with physically isolated ghettos that are secluded from surrounding cities,” the minister added.

According to Olesen’s ministry, the fall in the number of areas included on the list stems primarily from a reduction in crime, as well as improved employment numbers in the deprived areas.

In order to be included on the list, housing areas must have over 1,000 inhabitants and fulfil three out of five criteria.

Those five criteria are related to residents’ engagement with the labour market, the number of residents with non-Western heritage, crime rates, education levels and income.

The list has been criticised in the past for stigmatising areas, thereby making it more difficult for them to improve socioeconomic conditions.

The Danish Social Housing Sector (Boligselskabernes Landsforening) interest organisation is among those who have questioned the benefits of the list.

“It is not very sensible to stamp areas [in this way], because it overlooks all the normal people that live in the areas. That, in a way, sets the area back instead doing what it actually should – spur them forward,” Bent Madsen, director of the organisation, told DR.

When the list was published last year, immigration minister Inger Støjberg said that no consideration was being given to scrapping it.

“I do not think in any way that we should scrap the list. We should speak openly about it. Otherwise the problems won’t go away,” she said.

Criteria for inclusion on Denmark’s ghetto list for housing areas with populations of 1,000 or more:

The list of ghetto areas can be found on the Ministry of Transport and Housing website here.