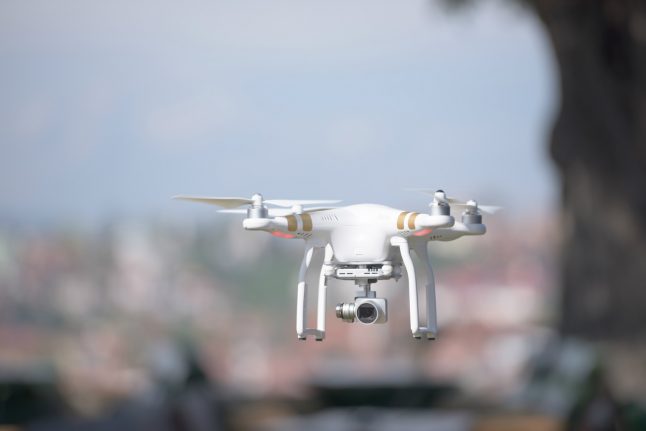 Police have carried out a number of raids and have seized 11.7 kilograms of cannabis and 3,478 joints (rolled marijuana cigarettes) in the alternative enclave.

“This is the continuation of a campaign that we have carried out since 2012 against buyers, sellers and suppliers [of cannabis].

“During the last three days, focus has actually been on buyers. That has resulted in plenty of charges,” said deputy chief inspector Lars O. Karlsen.

A drone was amongst the resources used by police in the clampdown.

That has resulted in 60 people being apprehended on narcotics charges.

“The drone is a tool that we use to make our work more efficient in and around Christiania. We use the drone to see where potential buyers go out or go to,” Karlsen said.

Police carry out regular raids in an effort to restrict the cannabis trade in Christiania, an alternative enclave originally established by hippie squatters in 1971.

Permanent cannabis stalls were torn down in 2016, but hash and marijuana are still sold along Christiania’s ‘Pusher Street’ thoroughfare, Karlsen said.

“There is still a demand for hash products, and these buyers head in the direction of Pusher Street,” the deputy inspector said.

One aim of the current police operation is to press home the message that buying cannabis in Christiania carries a risk of prosecution.

A supplier was also arrested during operations on Wednesday.

In addition to the confiscated cannabis and joints, police have also seized eight LSD tabs and 26,731 kroner (3,591 euros) in cash.

READ ALSO: Will Christiania become a mass surveillance zone? (from 2016)