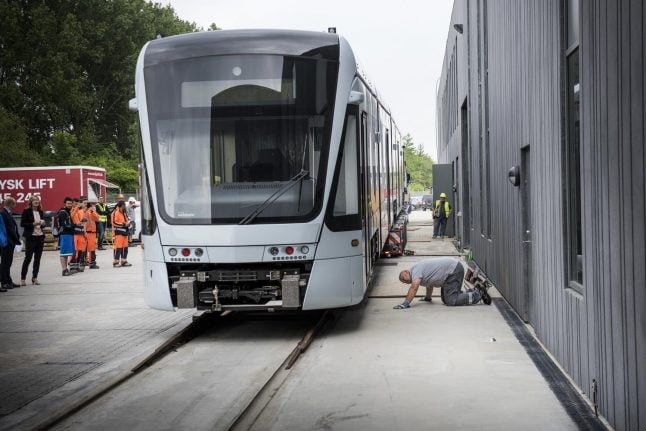 The rail network will begin transporting passengers from the centre of Denmark’s second city to the Aarhus University Hospital in the outlying Skejby neighbourhood by mid-December, reports news agency Ritzau.

Aarhus Municipality and the Central Jutland regional authority, which joint-own the railway, and the Danish Transport Authority (Trafikstyrelsen) agreed on the expected opening following a meeting on Thursday, according to the report.

“It was important for us to have a meeting, look each other in the eyes and reach a common goal, but also a shared responsibility. It has already taken a long time relative to the plan, so we have to reach the finish line now,” Aarhus lord mayor Jacob Bundsgaard said to Ritzau after the hour-long meeting at Aarhus City Hall.

A major opening ceremony for the rail, set for September 23rd, was embarrassingly cancelled the day before after the Danish Transport Authority declared safety procedures put in place by operator Keolis to be insufficient.

The rail has since worked to secure the lacking safety approvals, and the end of that process is now in sight, Danish Transport Authority director Carten Falk Hansen told Ritzau.

“There has been a good progression, which means we can say that there will probably be approval by week 50 [week commencing December 12th, ed.]. There may be some conditions, but [the rail] being able to go out with passengers on board is our clear expectation,” the director told Ritzau following the meeting.

The light rail, with a budget of 3.5 billion kroner (470 million euros) financed by the state and regional municipalities, has been several years in the making, with construction visible in Aarhus' streets since 2013.