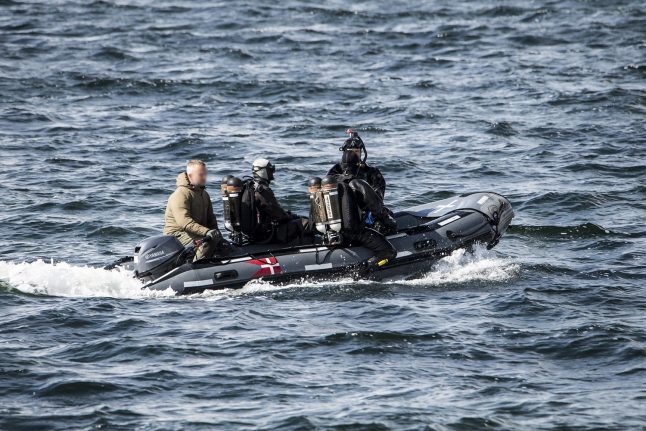 The arm was found close to the route through the Køge Bay and Öresund waters investigated by police in connection with the case.

“We have not yet determined if it is a right or left arm, or to whom the arm belongs. But we are working on the assumption that it is linked to the submarine case,” Copenhagen Police deputy inspector Jens Møller Jensen said in a statement.

She vanished after interviewing him on board his homemade submarine on August 10th.

Her torso was found on the coast of the Amager island off Copenhagen on August 21st, and her head, legs and clothes were recovered in plastic bags in Køge Bay on October 7th.

Should the arm prove to belong to Wall, only her second arm remains to be recovered. The arm is to undergo a forensic examination on Wednesday.

Madsen is suspected of murdering Wall, but he has denied the allegations and said he does not know how she died. He has told police she died below deck while he was up on deck. He initially also denied dismembering the 30-year-old journalist, but later admitted this during an interview with police in October.

During an earlier hearing at Copenhagen City Court, police stated that forensic examination of Wall’s torso had confirmed 14 stab wounds to her abdomen. It is not clear whether these injuries were sustained before or after her death.

The next court hearing regarding Madsen’s ongoing preliminary detention is scheduled for December 13th.