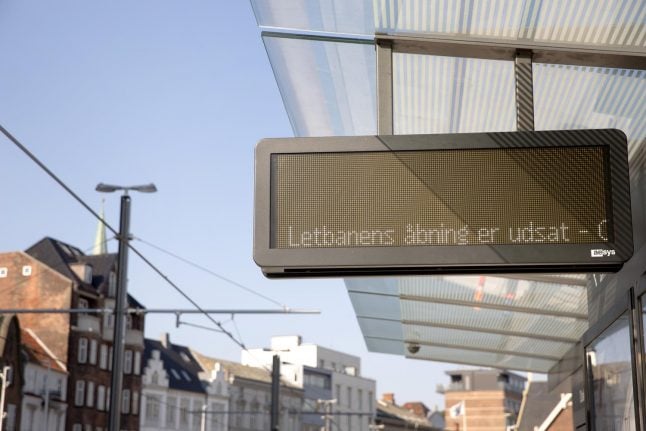 'The opening of the Light Rail is delayed'. Photo: Benjamin Nørskov/Polfoto/Ritzau

The Aarhus Letbane rail had been expected to open by the end of November after its initial launch in September was embarrassingly cancelled the day before a large opening event.

“After meeting the Danish Transport Authority on November 13th it has become clear that Aarhus Letbane will not open within the five to eight weeks after the [initial] postponement, as had been the intention of the board,” Aarhus Letbane said in a statement.

An updated security report will be submitted to the authority at the end of November, Aarhus Letbane said in the statement.

The Danish Transport Authority (Trafikstyrelsen) has itself announced a new inspection of operator Keolis, but no date has yet been confirmed according to Aarhus Letbane.

The new delay was met with frustration by municipal and regional authorities in Aarhus, who are the owners of the project.

“It is difficult for us to understand the nature of the problem,” the two wrote in a letter seen by Ritzau.

The light rail, with a budget of 3.5 billion kroner (470 million euros) financed by the state and regional municipalities, has been several years in the making, with construction visible in Aarhus’ streets since 2013.

Its opening was originally cancelled after the Danish Transport Authority declared safety procedures put in place by operator Keolis to be insufficient.

But that is no longer the issue raising concerns with the authority, according to Aarhus Letbane.

Unresolved issues relating to technical rules are ostensibly the now the cause of the delay in approval by the authority.