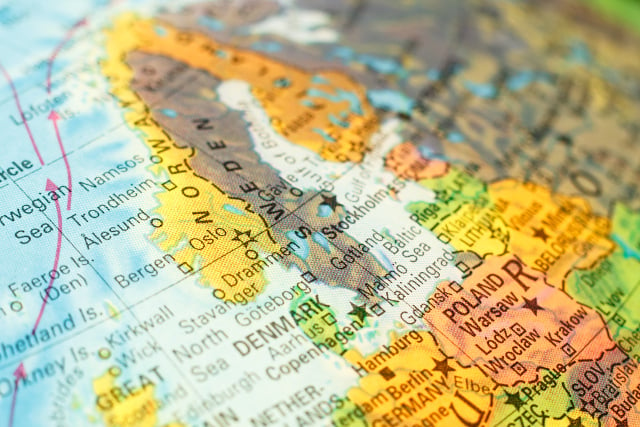 Very good English speakers, but not the best. Photo: Twixx/Depositphotos

The Swedes were handed back the bragging rights over their Nordic rivals, snagging second place with Denmark following in third spot, down one place on last year. Sweden last came top in 2015 and Denmark in 2014. Norway came in fourth and Finland in sixth place. Iceland was not included in the study.

“High levels of English proficiency go hand in hand with Europe's multiculturalism, economic integration, tourism, and mobility – even at a time when some Europeans are questioning their common project and the value of globalization itself,” said the EPI report.

The report added that very-high-proficiency countries tend to share three characteristics: they teach English as a required foreign language from primary school, focus on communication in the classroom rather than rigid grammatical rules, and have well-travelled citizens who are also exposed to English on television.

“The Scandinavian countries have been in the top five since the index started seven years ago,” Malin Ankarberg, Country Manager for EF Sweden, told The Local.

“With our small languages combined with a history of openness and strong international relations, English skills have become very important for Scandinavians. When applying for jobs, whether it is a seasonal job in the service industry or a manager position, you are expected to have a high English level,” she added.

According to Ankarber, areas where Scandinavians could improve further are “presenting and negotiating in English on a professional level”.

The ranking was based on more than one million people being quizzed on their English skills in 2016. The participants were not randomly selected, but were people who volunteered themselves to take the tests, which means that the results are slightly biased towards people who are interested in language learning.

However, EF EPI said that the sample was “balanced between male and female respondents and represents adult language learners from a broad range of ages”. Only countries with a minimum of 400 test takers were included in the index, it added.