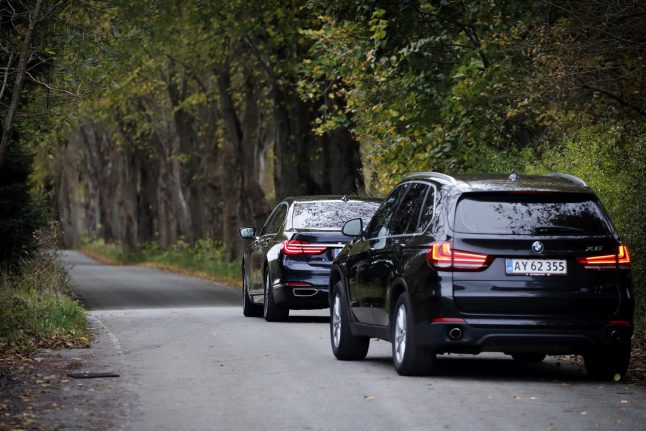 Støjberg was escorted from the centre by security guards after an incident while she was visiting the centre, reports broadcaster DR.

The minister was at the Sjælsmark deportation centre as part of filming for the broadcaster’s 21 Søndag current affairs programme, according to the report.

Red-Green Alliance MP Johanne Schmidt-Nielsen was also at the centre in connection with the programme.

The group had visited a family accommodated at the facility to talk about conditions for children living there when the situation escalated to the extent that personal security guards and police officers decided to remove Støjberg from the site, according to DR’s report.

North Zealand Police confirmed to newspaper Politiken that the minister was unhurt during the incident.

“When we came outside after the visit, the atmosphere started getting aggressive. Residents started gathering around Støjberg,” journalist Martin Torpe, who was present during the visit, told DR.

Around 40 people gathered outside during the minister’s meeting with the Iraqi Kurd family, writes Politiken.

“Some people were shouting and taking hold of her. Eventually she was escorted to the minister’s car. Then a number of people gathered around the car and attempted to prevent it from driving away. A woman who was very upset threw herself on to the hood while the car was moving,” Torpe continued, adding that the events unfolded rapidly.

“As far as I could see, [the protesting woman] fell down in front of the car and may have been hit a little,” he said.

Nobody is thought to have been seriously hurt, according to Politiken’s report of the incident.

Several residents were already unhappy prior to the incident due to the fact that the minister only had time to speak to one family, thereby only learning of their individual circumstances, according to DR.

Journalist Olav Hergel, who was also at the scene, told Politiken that unrest spread after a rumour emerged that the family would be granted asylum after being visited by the minister.

Hergel described the situation as “threatening”.

Sjælsmark is one of two so-called udrejsecentre (departure or expulsion centres) in Denmark, with the second centre located at Kærshovedgård in Jutland.

The centres house rejected asylum seekers who have not yet left Danish territory, for example due to being stateless or because no readmission arrangement exists between Denmark and their home country.

Last month, residents at the Kærshovedgård centre protested against what they felt were intolerable living conditions at that facility.

Not being allowed to make their own food or volunteer to work at the centre, along with being cut off from society and repeated police interviews contributed to “making conditions intolerable” for residents, Martin Lemberg-Pedersen, assistant professor in Global Refugee Studies at Aalborg University's Department of Culture and Global Studies, told The Local in October in connection with the Kærshovedgård protest.

“This kind of camp technology places already-vulnerable people in intolerable situations, and centres like this have a track record of breaking people down. Research tells us that people reach a threshold after which they begin to break down, with a range of severe psychological and psychosomatic consequences,” the assistant professor said.

Sjælsmark resident Valid Rahmati, who has been in Denmark for five years, told Politiken that he could “understand why people are angry.”

“They had baked cakes, bought flowers and made signs on which the words ‘we are not criminals’ are written. But we are all [considered to be] problems, so all she did was go in and talk to one chosen family,” Rahmati said.

Rahmati confirmed to Politken reports that rumours spread that the Kurdish family would be given special treatment as a result of the visit.

In a Facebook post on Friday afternoon, Støjberg thanked security personnel and her chauffeur for their response to the incident.

“Without you things could have ended very badly,” she wrote.