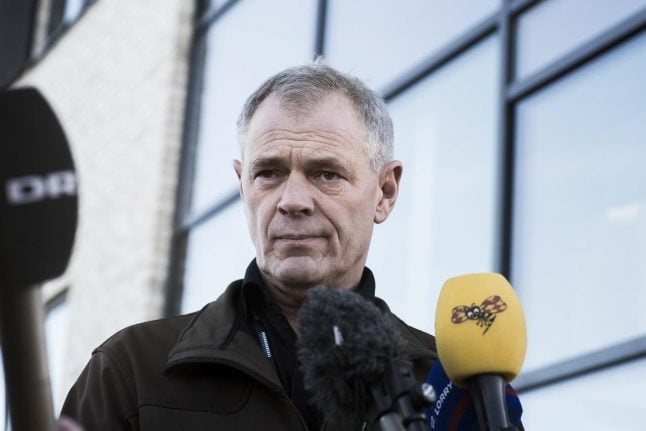 Madsen, who is suspected of killing Wall, did not claim during police interrogation on October 14th that Wall died of carbon monoxide poisoning, as stated by police earlier this week.

“My client does not know how she died,” Engmark said.

“I was present during the police interrogation. I have read through the entire statement. And at no point did he say he knows why she died,” the lawyer told TV2.

According to Engmark, Madsen said that Wall was in the submarine while he was outside on the tower of the vessel, and that exhaust fumes were present in the air, writes TV2.

“It is correct that he did not himself say she died from carbon monoxide poisoning,” Jensen told Ritzau.

Madsen told police that carbon monoxide poisoning was a possible cause of death, but did not assert that it was, Jensen said.

The investigator also stressed that the cause of death is not yet known to police.

Madsen changed his story in the October 14th police interview, which was requested by him and Engmark, after previously claiming 30-year-old journalist Wall died after being hit on the head by a hatch.

Wall’s head, along with her arms and clothes, were found by police divers last month. No evidence of blunt trauma to the journalist’s skull was found.

Police announced on Monday that Madsen had changed his story.

The new version of events was given at the October 14th interview, at which Madsen also admitted for the first time to dismembering Wall’s body.

Wall, a freelancer based in China and New York, never returned from her interview with Madsen on August 10th.

Her torso was found floating in Køge Bay on August 21st, and her head, legs and clothes were recovered in plastic bags in the same waters on October 7th.

Madsen, a self-taught engineer and inventor, has been held in custody on suspicion of killing Wall since August 11th and has now changed his version of events twice.

He denies killing the 30-year-old journalist.