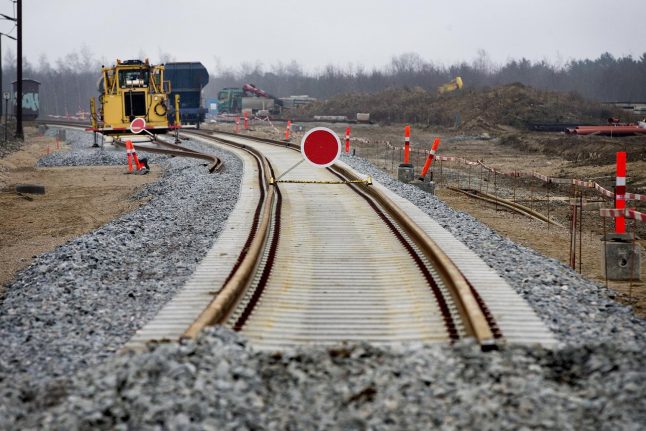 The rail line, a prestige project that has cost around nine billion kroner (1.2 billion euros) to build, will run at half-capacity after its opening in December 2018 due to issues installing a new signal system, Jan Schneider-Tilli, project leader with rail maintenance and control company Banedanmark, confirmed to engineering media Ingeniøren.

Transport spokesperson Villum Christensen of the Liberal Alliance party said that he was not surprised by the new problems with the line, the completion of which is already delayed by up to four years.

The rail development has been a “parody of public planning at its worst,” Christensen said.

The MP said he found it absurd that “in relation to the enormous investment we have made in the Ringsted line that there will only be one train per hour.”

The line was designed to ease pressure on the current connection between Høje Taastrup and Valby outside the Danish capital – a longstanding bottleneck for commuter traffic.

Banedanmark now has two options for resolving the issue, according to the report – continuing with the new signalling system or applying the old system to the new track.

Schneider-Tilli said that either plan would not enable more than one train per hour to run initially following next year’s opening.

Capacity will later be extended on an ongoing basis, he said.

Neither state rail operator DSB nor transport minister Ole Birk Olesen wished to comment to Ingeniøren over the issue.