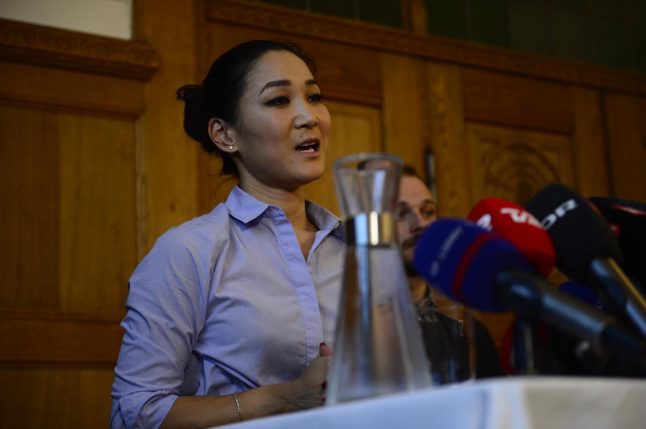 Allerslev wrote on Facebook on Wednesday that she was withdrawing her candidature, after she had faced a barrage of criticism for misuse of power over the issue.

At a press conference on Wednesday afternoon, Allerslev said that she was leaving Copenhagen politics for good.

“My name will still be on the list [of candidates], it is too late to change that, but let there be no doubt: It’s farewell to politics in Copenhagen,” Allerslev said at the press meeting, reports Politiken.

The Social Liberal (Radikale Venstre) party councillor also confirmed that she would leave her position as leader of the Social Liberal representation on Copenhagen Municipality's employment and integration committee within the next four days.

“I am leaving for personal reasons. I have requested a meeting with the lord mayor within the next four days, and then I will leave Copenhagen politics. If I am elected my answer will be the same,” she said at the press meeting.

The councillor’s position came under increasing question after it emerged that she held her wedding reception at Copenhagen’s showpiece City Hall without paying to hire the facilities.

Although Allerslev later paid the 65,000 kroner (8,700 euro) rental costs, several of her party colleagues withdrew their support for her candidature for the city’s mayoral post in recent days.

Former chairperson for the Social Liberal party in Copenhagen Bo Nissen Knudsen accused Allerslev of spending her time on lies and intrigues as he left his post on Tuesday.

Knudsen later declined to elaborate on those accusations, which were denied by Allerslev.

Regional councillor with the party Charlotte Fischer on Wednesday accused Allerslev of corruption.

That accusation followed reports published by daily BT claiming Allerslev sent a series of questions to civil servants in Copenhagen relating to cases involving construction company Øens Murerfirma, which is owned by a personal friend of Allerslev’s.

Sten Bønsing, a professor in administrative law at Aalborg University, told news agency Ritzau that the issue relating to the building firm did not constitute corruption.

Bønsing said that he did not necessarily view Allerslev’s conduct as evidence of her being unfit for her position.